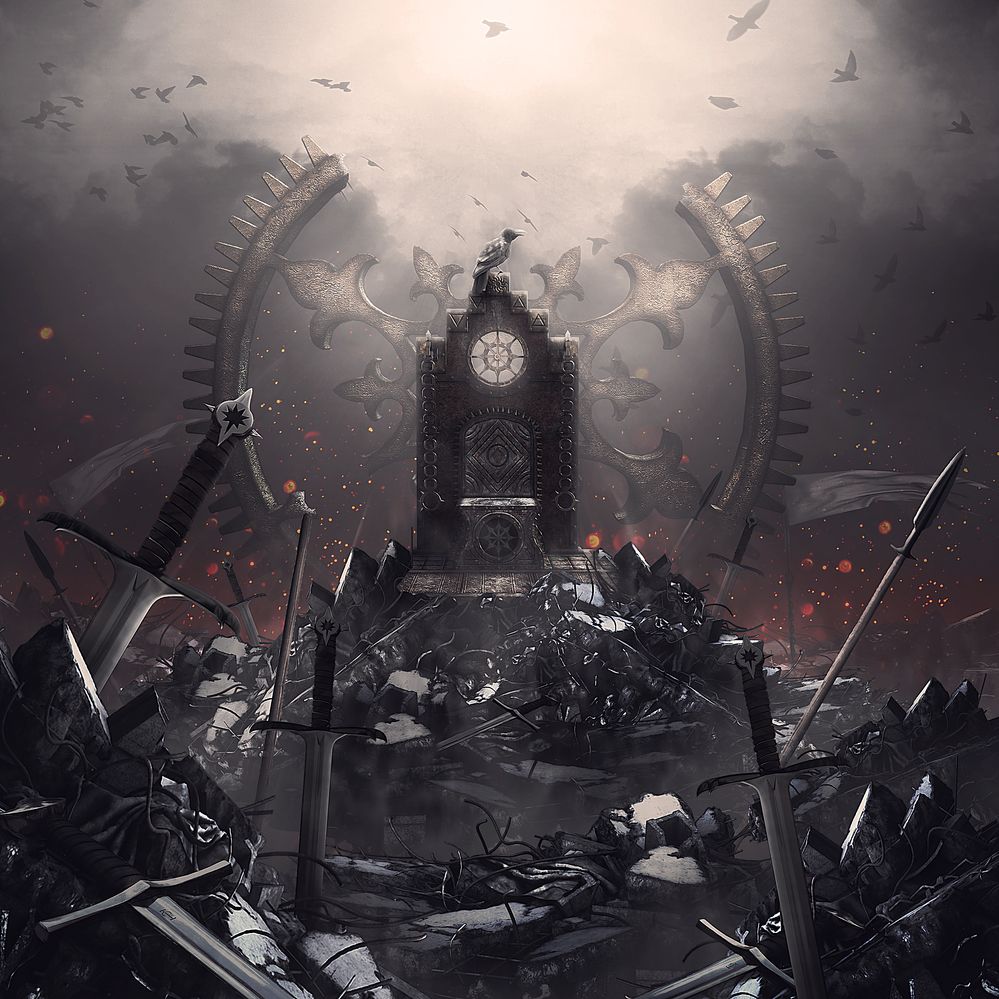 Whether you’re a fan of cosplay or science fiction, you have to credit Bramses Xalyxys for the alternate universe he has imagined on his new EP. Mysterious Warrior is an intricately constructed storyline, that is as cinematic as it is musical. Bramses is a screenwriter and a musician of course, and he has unionized his two trades in a way that few ever achieve. He actually took his name from one of the characters in the story, as it takes place on a planet that is primarily populated by villains. Perhaps most impressively, the music on Mysterious Warrior delivers in a way that enhances the story.

“Blood Of My Leader,” is a rather thoughtful track overall, and surprisingly so, as compared to the rest of the record. Impeccably arranged and performed, this track benefits from restraint and subtle dramatics. The melody is almost Beatles-like, supported by a poignant piano, before exploding into a massive chorus. Bramses’ screams are slightly buried in the mix, but just audible enough to raise the hair on your arms. This track is one of the high points on Mysterious Warrior.

“Through Our Veins We Feel Your Kingdom,” begins as a ballad of sorts. However, the chorus arrives in quick and rather abrupt fashion. Bramses rushes things a bit on this one, as opposed to “Blood Of My Leader,” which doesn’t create quite the same anticipation. Nevertheless, the mix is characteristically strong here, with a drum sound that most bands in the genre would die for. A rather busy track, “Through Our Veins We Feel Your Kingdom,” will certainly keep the head bangers occupied.

“Secrets Of A Warrior” is a bit more subdued, with interspersed bits of furious blast beats. Not necessarily a disjointed piece, “Secrets Of A Warrior” is a bit more unorthodox from a compositional standpoint. “Prayer Of The Lost Warrior,” serves as the intro for “Swords That Deserve To Be Ruled.” The Former is a spoken word piece, that lays the foundation for the narrative and the central character, Jaet. It’s a bit long winded but is effective in establishing the tone for what is to come.

The metallic tinged “Swords That Deserve To Be Ruled,” give us further insight into the motivation for the main character, Jaet. The guitars squeal and the drums are busy on this one, but Bramses always manages to properly highlight the vocal. His craftsmanship from a musical standpoint, must be acknowledged. The production is top shelf, and will appease any fan of the genre. There’s also major crossover potential, with the Science Fiction aspect of this project.

Bramses Xalyxys has delivered on every conceivable level with Mysterious Warrior. His creation of the fictional planet, Vortuxs, and all of its inhabitants is fully fleshed and imagined. Most importantly, the music on this release is some of the most credible and competently composed that you will find. Some might view this work in a vacuum, but its musicality and remarkable attention to detail cannot be undervalued. Mysterious Warrior is now available on Spotify .