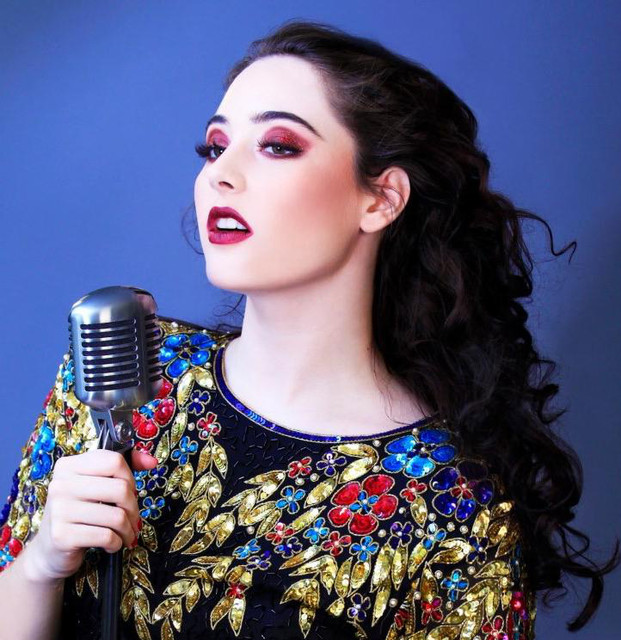 With the introduction of a soft but slightly menacing guitar’s melody, Bonjour Tristesse, the new album from Tatiana Eva-Marie and Michael Valeanu, begins to wrap its warm arms around us in its subtle title track, the first in a string of eleven songs almost certain to leave you weak at the knees this early spring season. While the gilded strings of “On the Street Where You Live” are perhaps more inviting in tone than they are in this initial opening salvo, there’s a seamless transition between the two tracks that alludes to this material being more fluid and spontaneous than robotic and over-rehearsed. Whether Eva-Marie is leading the charge in slow numbers like “I Get Along Without You Very Well” or she’s dueling for our hearts with a heady harmony courtesy of Mr. Valeanu’s guitar, this pair deliver a winning formula for jazz-induced chills in Bonjour Tristesse that audiences should regard as top-tier listening right now.

“They Say It’s Spring” offers what could be the most playful melody on the whole of the record inside of its four minutes and twenty seconds of musical magic, but despite the grandiosity of this single-quality song, the hesitant strut of the French “Roses De Picardie” doesn’t feel compromised as a result of following its predecessor’s anti-pendulous swing. Alongside its tracklist neighbor in “East of the Sun (And West of the Moon),” “Roses De Picardie” is ethereally vocal-powered, forcing us to the edge of our seats with a half-whispered serenade that could make jazz fans out of even the most hardheaded of listeners, no matter how committed to other genres they might be.

“Can’t We Be Friends?” spills into “Why Try to Change Me Now?” as though the two songs were never meant to be split apart into separate tracks, but while their unspoken medley of texture and tonality indeed makes for one of the most rousing stretches of time to be encountered within Bonjour Tristesse, neither composition feels quite as alive as “Get out of Town” does when Tatiana Eva-Marie starts to sing its venom-clad verses. Even though she isn’t belting out the words, there’s so much intensity in her performance here that it could have bordered on assaultive were it not accompanied by as buoyant a guitar part from Valeanu as it ultimately was.

Bonjour Tristesse crosses the finish line with a pair of tracks in “La chanson des vieux Amants” and “Stardust” that, on their own, justify running to your nearest record store and acquiring your own copy of this LP, but being that they come at the end of a set of songs that are almost impossible to put down once they’ve been picked up for the very first time, they serve as the fitting conclusion to a cinematic affair worth its weight in gold this spring. Tatiana Eva-Marie and Michael Valeanu didn’t have anything to prove to critics prior to embarking on this latest project together, but as I see it, their work in Bonjour Tristesse will elevate both of their monikers to a position credibility unchallengeable by anyone who knows modern music well.