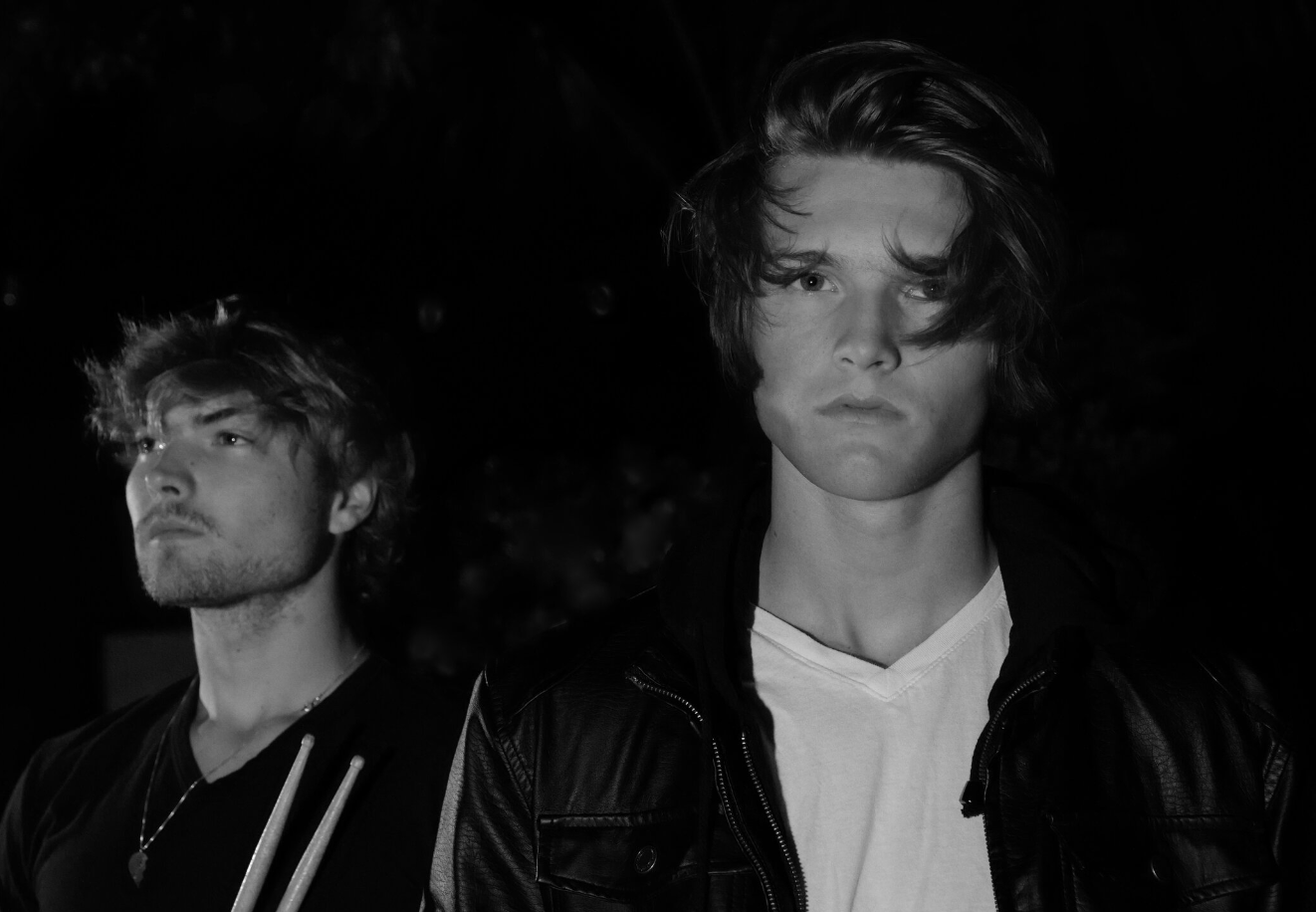 While the Brothers Sheffield, share a surname with the iconic British city, they are actually from San Diego. Sam and Caleb Sheffield comprise the duo, Black Sweater, a modern Alternative act in virtually every sense of the word. Their newest release, is their debut LP, That Girl I Knew. The album explores, observes, and reflects upon the vicissitudes of a relationship, and the emotional rehabilitation process. At 16 songs deep, Black Sweater spared no creative expense, on That Girl I Knew.

Black Sweater break new ground with That Girl I Knew, by being scathingly honest and torridly open. Often, even artists paint themselves in a more justifiable light, but Sam and Caleb accept responsibility on this record. “You’re Too Late,” shows Black Sweater’s penchant for melody and disarming arrangements. A gentle back beat and a lovely verse that gives way to a slightly more inspired chorus, hallmarks this solid opener. It’s a song that smartly establishes the duo’s musical competence, as the album gets underway.

We’re gonna fight/and you’re gonna cry/and I’m gonna lie/and we’re gonna die tonight, is the eye-raising chorus to “Helpless.” As previously stated, Black Sweater make absolutely no excuses for the toxic aspects of their roles in a presumed relationship. This song is so politely delivered, that its jarring chorus is almost gasp-inducing. It’s visceral, and well, helpless in the most beautifully tragic way. You’ll want to listen to this once again and again, especially considering that it boasts one of the best choruses I’ve heard in some time.

“Stream Of Consciousness” comes after “Helpless,” having to follow the subtle but emotionally confrontational track prior to it. Imagine if Pop-Punk was a thing in the 80s, and you’ll get an idea of “Crimson Colored Carpet.” Black Sweater gives a smooth nod to their wide range of influences on this track and is a solid effort. The vocals get rather gritty towards the end of this one, almost as if it’s symbolic of a staggering lunge into grunge.

“Wonder Why,” shows remarkable restraint and maturity for a group on their debut album. Compositionally speaking, this is the type of track that belongs to an elite caste of songwriters. It’s often the little nuances that make a group stand out, and “Wonder Why” is rife with them. The random instrumental track, “Reminisce,” adds a tiny bit of gravitas to an already dense effort. It starts out somewhat cryptic and ominous, but gives way to something that feels optimistic and promising.

Replete and inexhaustible, That Girl I Knew can be experienced in its entirety, or on a track by track basis. Let’s hope that The Brothers Sheffield know the value of what they have created here, because the follow-up will be key. Even if there is no follow-up, what they have achieved with this record can cement their legacy for years to come. This music is relatable, yet also left to interpretation, which is exactly what the council of song intended. Black Sweater can rest easy knowing that they’ve given us the most pleasing fit with their first official full length outing.