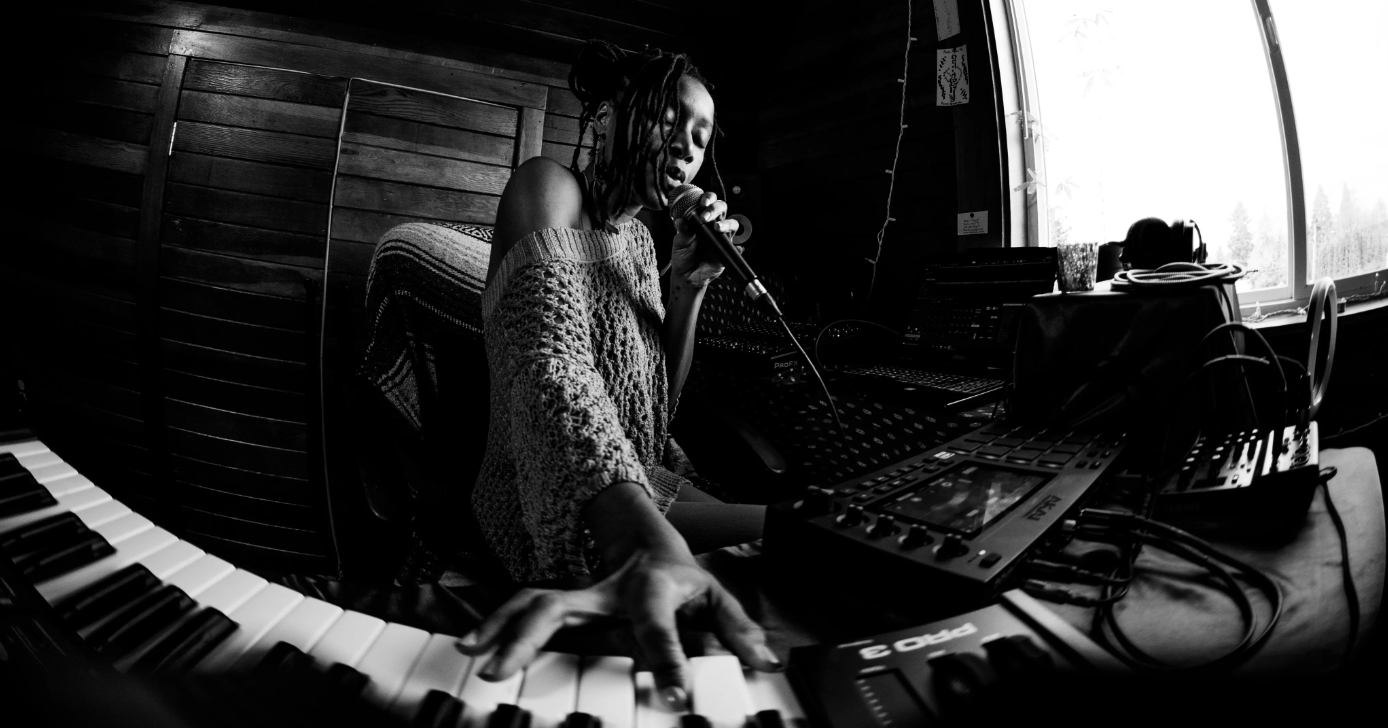 “Black Mirror,” may just be the most hypnotic and vexing song ever written about cellphones. The irony of course is that we tend to be hypnotized and preoccupied with our phones at an alarmingly frequent rate. Treneti is one of those artists that are hard to define, but easy to enjoy. Her message and motivations are beyond the superficial and without pretensions. “Black Mirror” is a song the world needs as much as any at this time, but will they get the message?

A professional dancer and self-taught musician/vocalist, Treneti is based out of the Chicago area. A highly spiritual and metaphysical individual, Treneti can work you into a cerebral frenzy with her music. “Black Mirror” is somehow both transformative and grounding, simultaneously. Electronically tinged, with a pulse, Treneti pulls you closer and closer with her snake charmer like presence. She’s a bit like Aaliyah’s character from Queen Of The Damned, come to life, without the vampirism.

As aforementioned, “Black Mirror” is a metaphor for our cellphone/social media obsession. How we have become slaves to what ideally was supposed to be an expression of our individuality. Treneti doesn’t so much assuage as she does observe though. There’s a fascination and a curiosity to her views on the subject. That’s not to say that she isn’t actively calling the entire affliction into question, or even denying that it is indeed an affliction .

The music video for “Black Mirror” is a must-see. A low budget, yet unquestionably gripping work, the video for this song blew my mind. We see Treneti in front of a chain length face, in what initially looks to be an extremely mundane setting. A single shot of Treneti is the sole focus of the piece, but then things start to get crazy. The simplest and most see through effects are used in the video, but ingeniously so. We are confronted with the simulated reality that we have all come to instinctively prefer, whether we want to admit it or not.

Treneti is such a compelling sight in the music video for “Black Mirror,” and at times, unsettling. She looks directly through you, confirming that she is indeed talking right to you. Her movements are poetic in a troubling way, and of course there are a couple of shots of her scrolling on her phone. The entire thing looks like a straight to video film from the 90s, but with exceptionally strong Acting. Go out of your way to watch this video , as you don’t just view it, you EXPERIENCE it.

We owe a kernel of gratitude to Treneti for the statement that she has made with “Black Mirror.” She doesn’t judge or condemn us, for she too knows that she is an offender. She simply asks us to question our reality, by asking us how much we are really in control of it in the first place. Odds are, we may not like the answer, but on the bright side, we still have a strong signal. “Black Mirror” is now available.