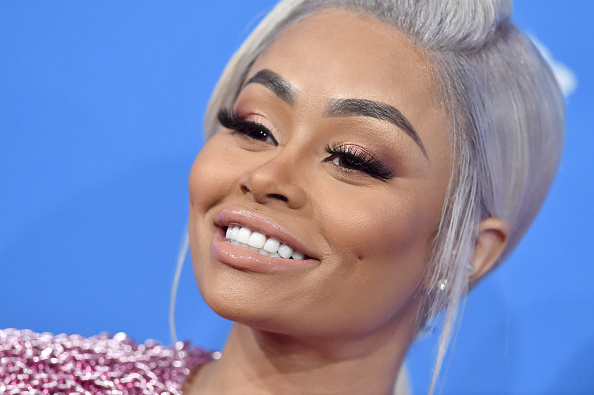 The model, 30, railed against the fathers of her two children in a now-deleted Instagram Live video, and claimed that the men had “tricked” her.

Chyna, who shares King Cairo, six, with Tyga and two-year-old Dream with Rob, said she refused to accept child support from either of her exes.

“Ya know what’s so wild to me is that I never asked Tyga for child support, Rob for child support or whatever and then we just went to court, or whatnot, and I tried to squash it, which I did,” the mother-of-two raged.

“But none of that comes out. It’s only negative s**t with Chyna, Angela White,” she said, referring to her real name.

Chyna went on to quash rumours surrounding her and Rob’s ongoing court battle over child support and custody of Dream, and alleged that she wanted to put a stop to Rob paying her.

“We went to court mediation and s**t and I squashed it ‘cause I never wanted no money from Rob, ‘cause it was never about that, period,” she said of the sock entrepreneur.

“I have kids by two guys that f**king tricked me, whatever, and they don’t give me s**t, no child support and I’m sick of that s**t,” she fumed.

Chyna then blasted her exes for trying to benefit from her fame, and said she had made her money by herself.

Tyga, 29, and Chyna split in August 2014 after more than two years together.

The reality star began dating Rob in January 2016, and and got engaged in April 2016, before calling it quits in April 2017, months after daughter Dream was born.