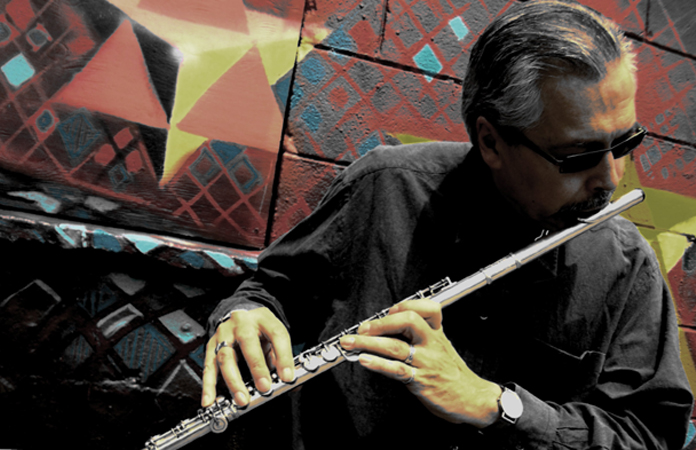 Bill McBirnie – The Technique and Theory of Improvisation

Bill McBirnie’s flute playing skills have carried him to a lofty perch in the modern musical world. He’s earned a bevy of awards, shared his knowledge as both a teacher and mentor, and worked with some of the most respected musicians in the world such as Sir James Galway. His flute records, released via CDBaby and iTunes, are popular recordings in the flute community. The publication of The Technique and Theory of Improvisation, in some ways, seems like a crowning achievement for McBirnie’s career thus far as it documents his talents at a significant depth for modern musicians and future readers as well.

It is a result, as well, of his passion for the art. McBirnie wrote this book with two purposes in mind; he wanted to address the lack of teaching materials for those aiming to play flute in non-classical and counteract the veritable flood of material on improvisation McBirnie feels steers musicians in the wrong direction. He prioritizes clarity and concision in his presentation of technique and theory; the book, by any measure, succeeds in that regard. The book’s length, fewer than two hundred pages, reflects this brevity as well.

McBirnie draws from his long experience as a working musician and numerous songs over the course of the book. He has a measured tone as an instructive presence; there’s never any sense of “talking down” to the reader and McBirnie discusses potentially complex musical ideas with a laser focus on untangling them in a way easy for readers to follow. This is most helpful when McBirnie dives into topics like theory; it provides musicians and students with a philosophical underpinning for their art they may not possess before reading this text.

The book’s structure unfolds in a coherent manner as well. He breaks up the book’s presentation into five distinct sections along with an array of accompanying supplementary material. Readers will have few if any quibbles about how he organizes the material. The visual material included in the text, sheet music and lists of various sorts among them, is never distracting and, instead, adds a great deal to the book’s instructional qualities. The vast majority of readers will feel, long before the book concludes, that McBirnie has more than accomplished his aforementioned goals.

The Technique and Theory of Improvisation is a weighty title for a work with an agreeable conversational surface. McBirnie deservers considerable praise for his ability to boil down important aspects of musical presentation in a way that never sounds pretentious or high-handed; the effect, ultimately, is one of sharing private instructional time with McBirnie and this feeling of intimacy makes the book’s lessons all the more impactful. Artists give back to their creative communities in many different ways and McBirnie’s contributions to the world of flute playing and overall modern musical scene will stand out for many years to come. I cannot imagine a time when this book will read as dated or superfluous; Bill McBirnie has written an enduring handbook for musicians that you can return to time after time.