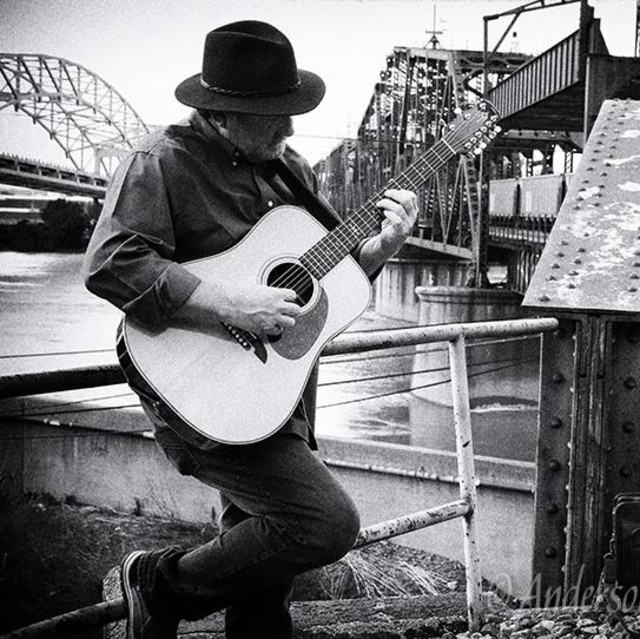 The old adage good things come in small packages certainly applies to Bill Abernathy’s new EP Who Are You, Who Am I? This four song EP has already experienced significant chart success with its song “A Thousand Wild Horses” with the Kansas City, Missouri headquartered musician reaching audiences as far afield as South Africa. It’s a tribute to the universal qualities of Abernathy’s music that his Midwestern artistic talents resonate across borders, languages, and cultural trappings. I believe any lasting value found in Abernathy’s music is because it speaks the language of the human heart.

Abernathy is a storyteller, first and foremost, and the EP’s songs reflect that. “More than Meets the Eye” redlines with considerable firepower and undergoes several transformations without deserting its original spirit. It hits harder than any other track included on the release, without question, but never abandons any semblance of stylishness. The transitions are built with surprising finesse and robust production values capture each instrument in a vibrant aural mosaic.

There’s a distinctly different musical character breathing life into “A Thousand Wild Horses”. A glittering and pristine spirit inhabits this chart topping single and its ethereal touches are tempered by the cracked beauty of Abernathy’s voice. Generating vocal pyrotechnics isn’t required to ensnare listeners’ hearts; sincerity and attention to each word can and still does win the day.

“The World’s Foremost Authority on Everything” is a deceptively light track as Abernathy weaves a powerful character portrait in miniature seemingly designed to elicit a few chuckles and nothing more.  The arrangement is straight-forward, a dyed in the wool country shuffle that moves along at a brisk, yet never breakneck, pace. Despite its comedic moments and apparent intent, Abernathy’s disdain is never far behind though artfully depicted throughout this track.

“Who Are You, Who Am I?” concludes the EP with its strongest overall performance. I am impressed with how comfortable Abernathy sounds moving between disparate styles and his artistic voice never deserts him despite the setting. This is a patient, slowly evolving track cut from the same low-key Americana vibe as the previous two tracks. His lyrical acumen is never higher than what it is here, and his vulnerability has a poetic flavor many listeners will enjoy. It is an ideal finale.

Abernathy’s new EP is a compact musical and lyrical statement that never purports to remake the songwriting wheel yet stands out. It deserves attention because few are the sort of craftsman that Abernathy clearly is – the amount of care taken with each of these tracks is audible and the players’ joy is obvious as well. If anything is wrong with Who Are You, Who Am I?, it’s that it leaves you wanting more. Bill Abernathy is unafraid to go places deep within and without in his songwriting and let’s hope we hear more from him soon. Few combine rewarding and expertly played roots music with substantive and sensitive lyrics the way that Bill Abernathy does and I expect his talents will continue blossoming as long as he writes.