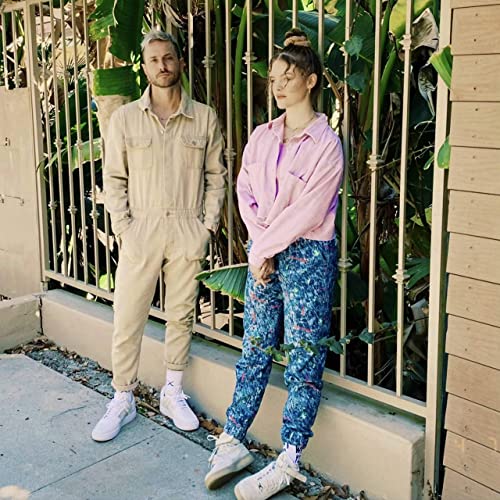 “Before We’re Leaving Here” by Faith Richards and Aaron Kellim

It’s one thing to have moving lyrical content in a track. It’s something entirely different to invest a part of your soul in the words your singing, and that’s what Faith Richards and Aaron Kellim do in their new duet “Before We’re Leaving Here.” Where contemporaries seem intent on dropping carefree summer jams this July, these two indie-pop singers are instead caressing the audience with balladry as strong as an ocean current. Theirs is not a thought-provoking new song for the sake of being brooding, but instead, one that asks for us to connect all of the emotions pent up in 2020 with a single that binds them in surprisingly gentle terms. As soft as it would be commanding of our attention, “Before We’re Leaving Here” could be taken either as a celebration of ephemeral romance or relatable life milestones the same.

The exchange between these two vocalists is what makes all of the tension the track’s slow tempo creates credible. I don’t think that Aaron Kellim alone could have developed the kind of pulsating intensity between artist and audience that he does in the company of Faith Richards, and vice versa. They’re leaning on each other too much and supporting too great a joint harmony in this song for us to imagine it as a solo venture, and I’m happy they were able to work together rather than with other partners in making something as special as “Before We’re Leaving Here.” Their emotion in this single gave me goosebumps that melodic fireworks wouldn’t have on their own.

These piano keys that Richards and Kellim delicately dance beside in the mix are rather exquisite and arguably made more decadent because of the singing they’re joined by. I could envision this being a more elaborate piece as an acapella number, but it’s hard to envision a guitar or a cello taking the role of the piano in “Before We’re Leaving Here” here because of how transcendent a part it’s contributing to the song as a whole. The piano is a point of distinct refinement that stands at odds with the unfiltered vulnerabilities of our two vocalists, and when they face off in this track, it feels as though we’re toeing the edge of a grand turning point much as the lyrics would suggest we are.

It’s very easy to become bewitched by this indie-pop collaboration, and I think it can be said that both Faith Richards and Aaron Kellim knock their performances out of the park in “Before We’re Leaving Here.” They each bring something unique to the fold as singers, but as creatives, I think they’re more on the same page than one might expect from an initial glance at their discographies. One might be more of a minimalist while the other has ambitions of a lavish nature, but when their voices become a united force in “Before We’re Leaving Here,” it’s hard to think about anything other than the lyrics they’re putting forth. This is a breathtaking pop song, and something I’m glad I came across this July.