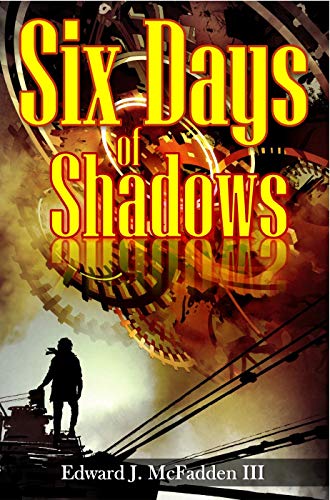 In the fantasy world known as South Starland, amidst the secluded and sheltered enclave of Hollowhaven Valley, where mysterious starwisps, dancing lights in the sky, bestow powers upon a fortunate few, young Rayo of Tophelm plans an epic quest to save his people by building the first mechanical flying machine.

Sayzar Dreddpinn is a rogue and a trickster who plans to steal Rayo’s grand new airship, the Trident, and search for the Flute of Carthos, a magical instrument that may hold the key to the starwisps. Sayzar’s planned his quest to coincide with the six days of Shadow Season, a mysterious astrological week of power, during which the sun doesn’t rise and starwisp powers coincide with the return of powerful dead in the form of shades, black-silhouetted specters that retain their starwisp magic.

Sayzar and crew cross the known world, following the ancient clues left by Carthos himself. At home old alliances are tested and new ones are built as the mesas head for war.

Sayzar can stop it all if he gives up what he wants most, the flute and his revenge.