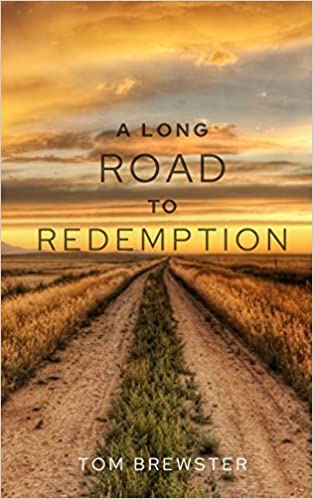 Beacon Publishing Group To Release “A Long Road To Redemption” By Author Tom Brewster On February 11, 2022

Like so many novice writers, Tom Webster felt sure he could write the great American novel. After all, he had been in law enforcement all of his adult life and could spin a story with the best of them often based on some of his more unusual experiences and interesting background. He was drawn to the idea of testing his writing skills. He had a good place to start. His grandfather had been involved in a gunfight when his mother was a child, although the matter was whispered behind closed doors and details were scarce, conflicting, and then long forgotten. The victim who caught the bullet in his gut was able to struggle into the yard falling at his mother’s feet. The mystery lingered in Tom Webster’s curiosity and imagination for the bigger part of his life. He was not a stranger to secrets. He had his own that haunted him. He felt like he could unburden himself by putting word to paper. He and his skeptical wife, always up for an adventure, decided to take a road trip down a path that would eventually uncover a series of surprising details and events surrounding the incident, which would shine the light of truth on an infamous secret awaiting an author’s pen. But when all was said and done, he left the secret lie. The pages blank.

Pre-Order your copy of “A Long Road To Redemption” by author Tom Brewster on Amazon here: