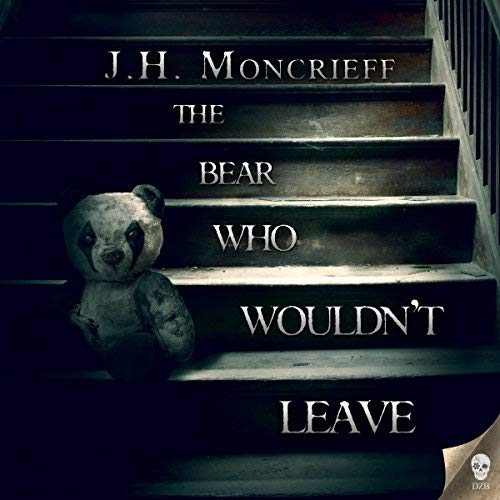 Sometimes evil looks like a fuzzy teddy bear….
Still grieving the untimely death of his dad, 10-year-old Josh Leary is reluctant to accept a well-worn stuffed teddy bear from his new stepfather. He soon learns he was right to be wary. Edgar is no ordinary toy…and he doesn’t like being rejected.

When Josh banishes him to the closet, terrible things begin to happen.Desperate to be rid of the bear, Josh engages the help of a friend. As the boys’ efforts rebound on them with horrifying results, Josh is forced to accept the truth – Edgar will always get even.

J.H. Moncrieff’s work has been described by reviewers as early Gillian Flynn with a little Ray Bradbury and Stephen King thrown in for good measure.

She won Harlequin’s search for “the next Gillian Flynn” in 2016. Her first published novella, The Bear Who Wouldn’t Leave, was featured in Samhain’s Childhood Fears collection and stayed on its horror bestsellers list for over a year.

When not writing, she loves exploring the world’s most haunted places, advocating for animal rights, and summoning her inner ninja in muay thai class.

Download your copy of “The Bear Who Wouldn’t Leave” written by author J.H. Moncrieff and narrated by Marlin May on audible here: