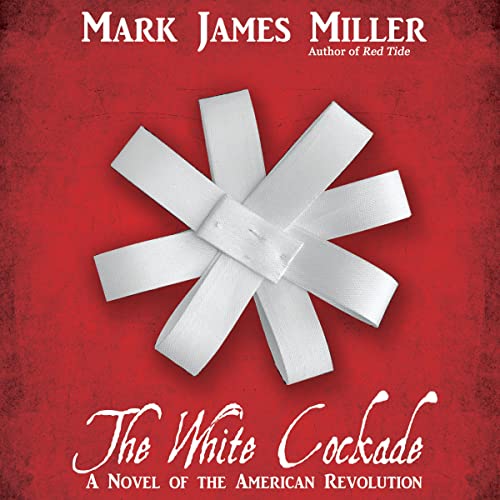 The first shots of the American Revolution. The battles of Lexington, Concord, and Bunker Hill. The British major at Lexington shouting, “Disperse, you damned rebels!” The American colonel at Bunker Hill calmly saying, “Don’t fire until you see the whites of their eyes!”

“The White Cockade” is the story of the early days of the American Revolution and of the men and women caught up in it: Josiah, who doesn’t want war but can’t escape it. Hugo, once Josiah’s best friend but now his bitter enemy. Mercy, who dreams of marrying Josiah. Walter, eager to fight the British. Alice, whose desperate love for Josiah knows no limits. Tarleton, the roguish, womanizing British officer. Patrick, who can solve the most complex mathematical equations while living in his own world.

This is the story of people caught in historical forces that will change their lives.

Beacon Audiobooks has just released “The White Cockade: A Novel Of The American Revolution” written by author Mark James Miller and narrated by Ray Montecalvo.