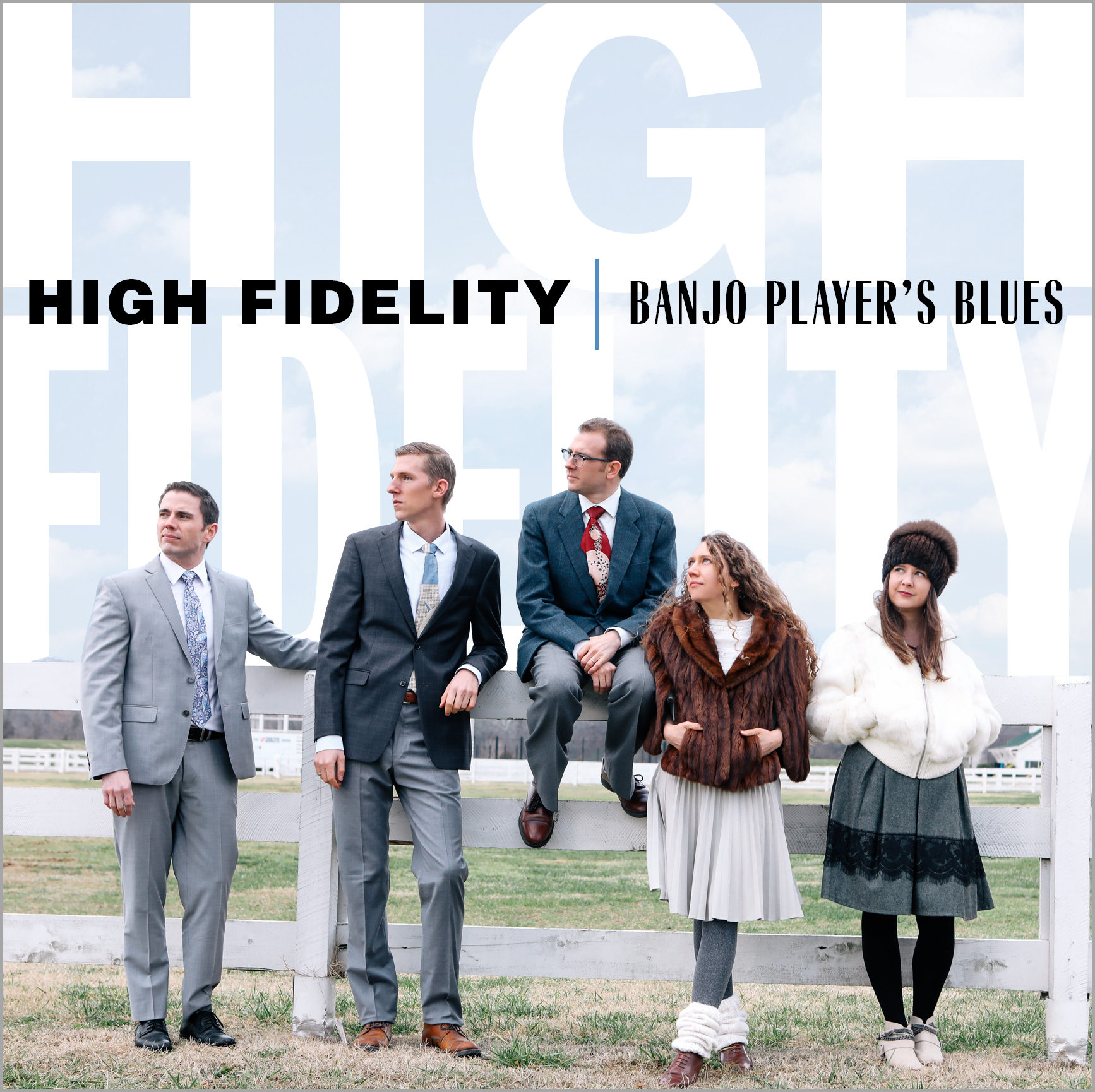 A countrified romance. Scattered pictures on a wall. Banjos that go at one another’s throats as much as they harmonize with each other. A train blazing south like a bat out of hell. There are a lot of different lyrical themes explored by High Fidelity in their new album Banjo Player’s Blues, but if I were pressed to narrow down what the ultimate concept behind this record’s narrative was, I would say it’s a deep, unrelenting love of everything bluegrass. In tracks like “Turkey in the Straw,” “Tears of Regret,” “Dear God” and “You Made the Break,” High Fidelity don’t hide the fact that they want to be sitting beside the legends of bluegrass on two key fronts – lyrics and musical strength – and they’re willing to pull out whatever stops necessary to make that happen here. As much a piece of history as it is a commentary on the modern culture of the music born and bred in our American south, Banjo Player’s Blues is a sonic document that will require a couple of listens to completely appreciate; but, I must say, they’re well worth it in every way.

The production quality here is surprisingly tight, especially considering just how popular the so-called ‘fast and loose’ stylization is getting among country and Americana acts in 2020. The strings are thunderously loud from start to finish, with songs like “Helen” and “His Charming Love” delivering a startling amount of muscularity in their melodies despite being ballads. The aesthetical formula in play on Banjo Player’s Blues calls for a certain level of intensity that wouldn’t be welcome in other genres of music, but for what I look for in a bluegrass record, this is pretty much what I was counting on finding in tracks like the title cut and “The South Bound Train.” The vocals lend a color to the lyrics that just wouldn’t exist in other songs, such as “Got a Little Light” and “Take My Ring From Your Finger,” and although I would argue that the main star of this LP is the instrumentation, the artistic equilibrium in this record never sounds out of balance for even a fraction of a second.

I have been a fan of the bluegrass genre my whole life, and if I’m being truthful, independent artists like High Fidelity are the main reason why I keep coming back to it time and time again. You’re just not likely to find as much passion outside of the deep ‘grass underground as you will in records like Banjo Player’s Blues this summer, and in a decade that isn’t starting off particularly well for the country music community out of Nashville, LPs like this one could provide a lot of folks with the musical silver lining they’ve been looking for. High Fidelity have got a future ahead of them, and even though they’re only beginning to find a place in the hierarchy of American bluegrass bands this June, something tells me that as long as they keep playing with as much emotion as they are here, they’ll secure a permanent audience all their own very soon.