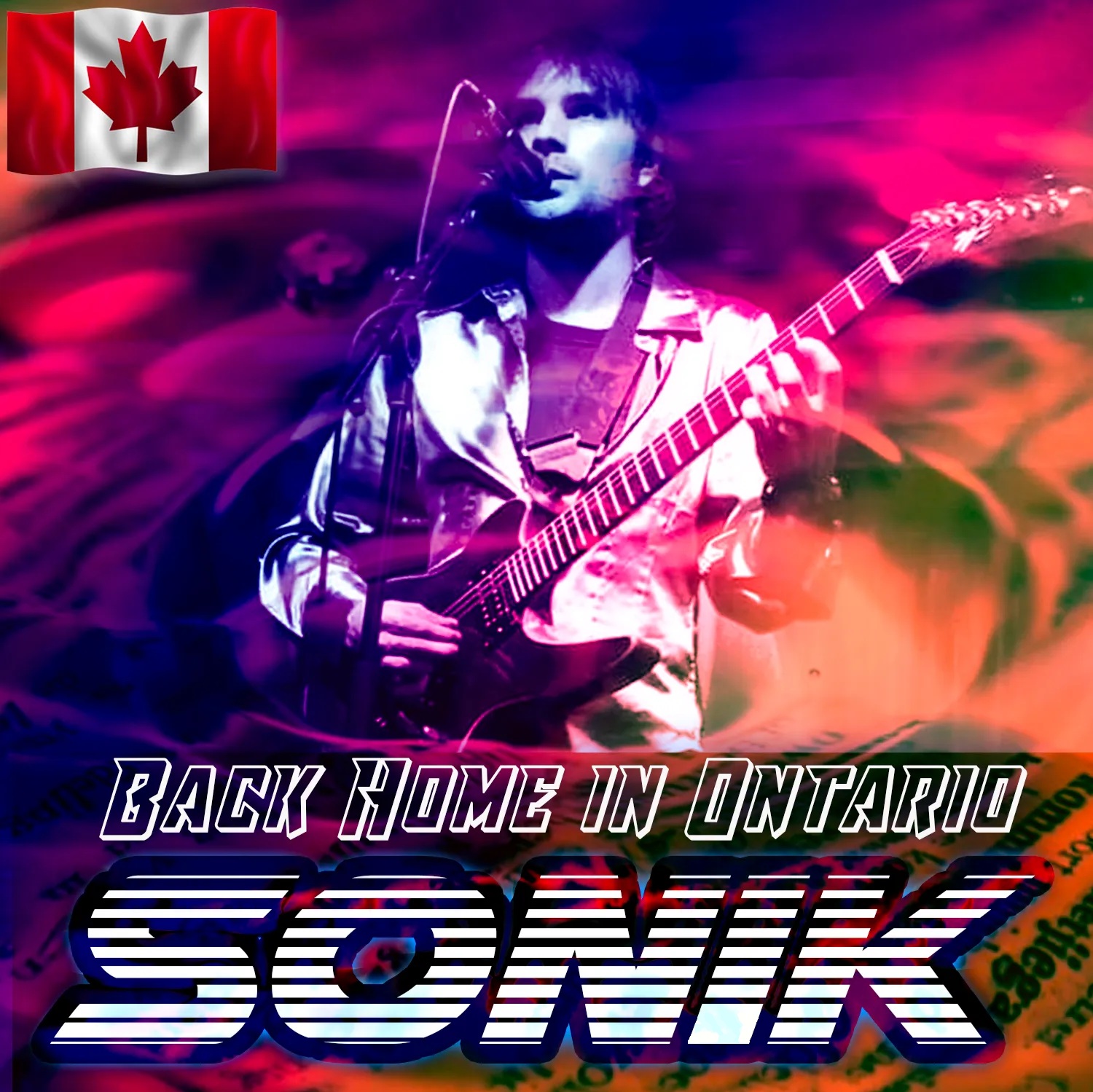 “Back Home in Ontario” by SONIK (feat. The Sonic Memes

Everyone seems to be talking about the Canadian rock scene again, and it isn’t much of a wonder why when looking at the country’s vibrant underground community. Despite the fact that “Back Home in Ontario” is only his debut single, rocker SONIK and his band The Sonic Memes are adding to all of the buzz with their own unique blend of classic and alternative rock styles, attracting attention from the American and Canadian indie press the same. Although “Back Home in Ontario” has a lot of retro themes, particularly when taking into account the stylization of its instruments, it doesn’t feel like something out of a different generation at all. The passion that SONIK has puts him in the here and now, which can’t be said for those who follow as traditional a path as his is.

Heavy basslines were once a critical standard in rock music, but as the years have gone by and tastes have changed, this has largely become a modulated element within a lot of contemporary content – outside of here, that is. SONIK is putting ‘em on pretty thick in the backdrop as a foundation for the acoustic guitar parts at the top of the mix, which in turn only makes his voice sound more profound against the rough, textured backdrop of the bass and percussion melding together. He’s a technical guy from what I gather here, but he also isn’t letting details get in the way of making something simple and to the point.

The OG rock influences are impossible to ignore when breaking down the compositional structure of “Back Home in Ontario,” but they’re not the center of attention in terms of aesthetics here. There’s just too much personality based on the lyrics in this track for me to get caught up in the cosmetics of the music, no matter how alluring they happen to be, and although there’s a certain segment of the instrumentation in the chorus that briefly steals away the spotlight from the verse, there’s never a question as to who and what the real star of the show is in this song. To me, SONIK just has too great a presence to ever be overshadowed by anything he arranges for his band to play.

I’m looking forward to hearing more from SONIK in the future, and if he’s giving us a sneak preview of what his debut album is going to be made of in “Back Home in Ontario,” I have to wonder just how long he’s going to be able to remain a purely underground force. He’s a juggernaut of both might and melodicism in this performance, and while there’s more competition on the Canadian circuit right now than not, I think he’s got a unique enough approach to songcraft to separate himself from the other players making a splash in his scene at the moment. This is a good time to be a fan of rock n’ roll, and artists like SONIK are undisputedly the reason why.