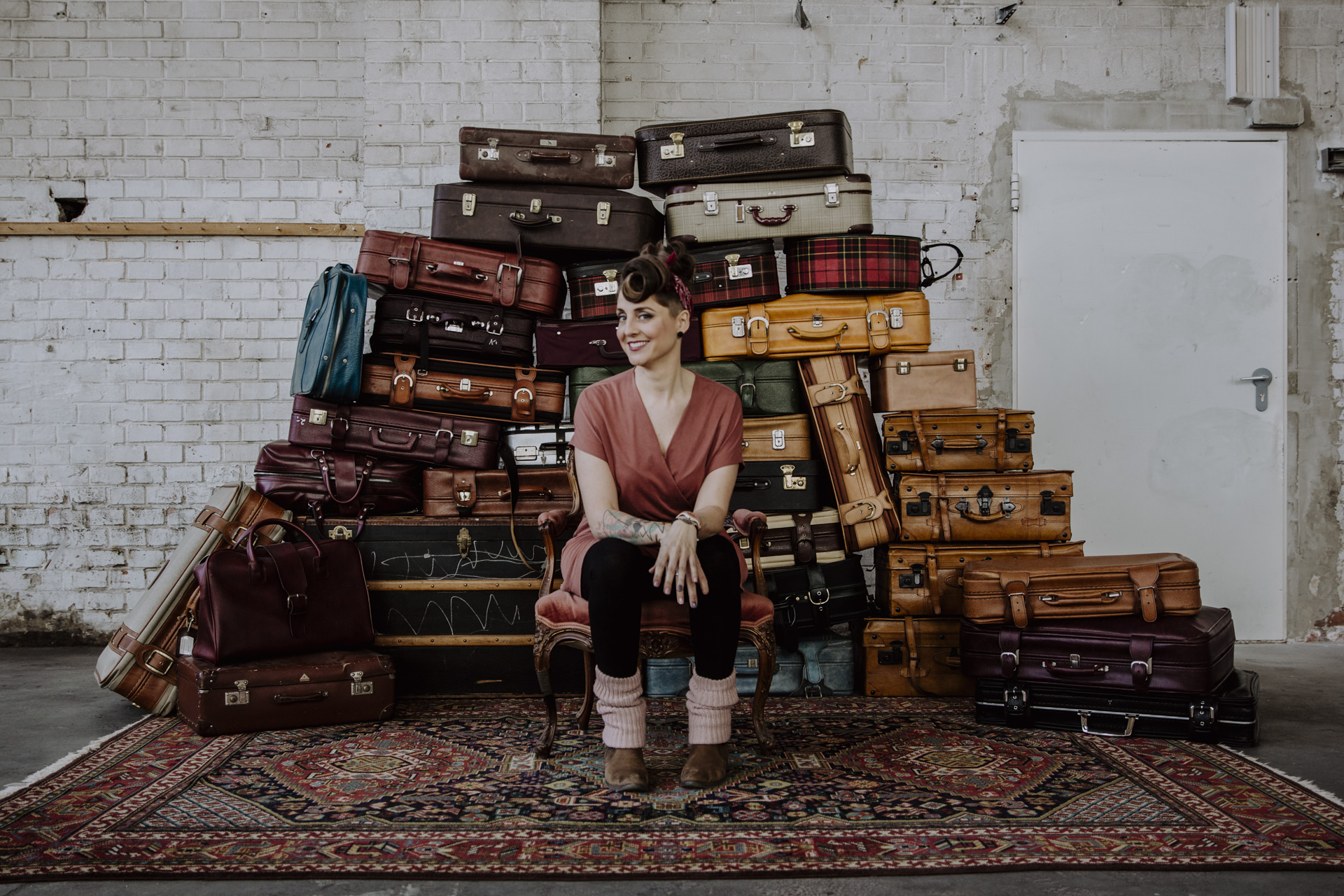 B.B. Cole shines in the new album Outgrowing Ourselves. Pieced together with excellent songwriting and country/Americana flavors, Cole’s magical residue is the happiness and joy she exudes. Featuring nine tracks with not only star power, but toe-tapping beats and rhythms. Outgrowing Ourselves quickly establishes Cole as one of music’s most motivating and entertaining artists. One thing is certain – listeners won’t outgrow these songs. Each of the tracks tells a unique perspective, but when it’s all said and one, the themes are universal. Outgrowing Ourselves is brilliant.

Cole, whose real name is Barbara Bressler-Kolembar, hails from Vienna, Austria. She is the mother of two children and was  inspired by American country legend Loretta Lynn. Lynn wrote her first song at 35 and was already mother to four children. Cole’s instincts couldn’t be better – the tracks on Outgrowing Ourselves tackle a multitude of ideas and themes. She does come across motherly in some – and this is not a way to deter listeners when I say that. I think she has a natural empathy laced in her voice and the way she writes her lyrics, she does have a way of telling a story like there is going to be a lesson learned or an inspiring moment.

The album starts with “She Gave Me Feathers”. The majority of the songs on the collection have a cadence that feels very country and Americana. “She Gave Me Feathers” quickly establishes that vibe and that wholesome tone. The second song, “Demons” is an unexpected take. I kept waiting for something bleak or dark and what I found in this snappy track is fun and feverish singing along highs. The third track, “Emotional Baggage” is likely one of the biggest standouts on the album. Cole is playful with the words and she experiments with clap percussion. I only take what I need, Cole sings, describing the emotions and the experiences laid out before her.

“Some Kind of Religion” is definitely a contender for one of Outgrowing Ourselves’ top songs. Money can buy freedom…freedom is a state of mind, Cole sings. A faint slide guitar, sounding more western than pop/rock and roll is like a whisper. Cole continues to incorporate different types of sounds in “My Decision”, which features a train whistle. “My Decision” is a quick-tempo knockout. Maybe you’re afraid, maybe you’re afraid but that’s my decision, Cole sings. She reminded me a bit more of The Chicks in this track than others.

I really enjoyed “Pieces of Me”. Once again Cole uses lyric imagery to pull together a strong picture – take a look into my heart…I see pieces of me in people all around me, Cole sings. This song at first might sound like she’s pretty self-involved. I took it more to mean someone that surrounds herself with friends and family that reflect her own beliefs and characteristics.

The last three songs are “When I Was A Little Girl”, “Wear Your Crown” and “Tears + Fears.” Of the trio, I think “Tears + Fears” not only stands out, but it really showcases Cole’s diversity. She exhibits a different singing style and a different tone altogether. Overall, Outgrowing Ourselves is highly recommended.