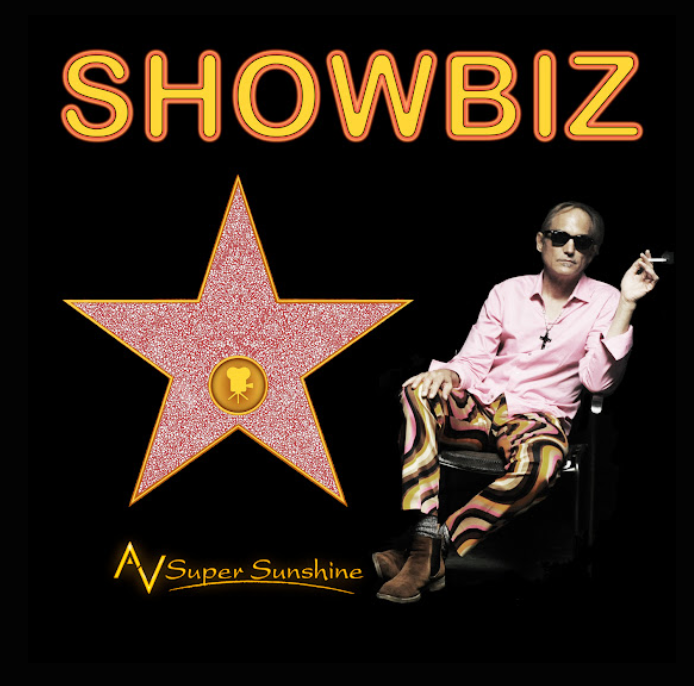 AV Super Sunshine has produced several first-rate songs during his career, but “Show Business (Glamorous)” may be his most nakedly personal yet. Please don’t misunderstand, however – it’s never akin to reading someone’s diary. Sunshine writes about a subject removed from listeners’ every day experiences – fame – and gives his side of the story without ever seeming too obvious or else repelling listeners’ with negativity. It isn’t one of your typical musical broadsides against the idea and reality of fame.

It grapples, instead, with people’s perception of what it must be like. AV Super Sunshine never pretends to be a big star astride the global stage but popular perception is that anyone who’s experienced commercial success of note in the entertainment world must inhabit rarefied air not available to Joe Average. It’s interesting to hear the song’s contrasts. One of its chief differences is how the lyrical content has a direct, conversational tone rubbing up against the stylish yet never shallow musical arrangement. These various impulses might be at war in another artist’s work, but AV Super Sunshine reconciles those strands into a vivid whole for his listeners.

The vocals are responsible for much of its impact. You can hear AV Super Sunshine present with every word of the song, never backing away from exposing himself to listen, and maintaining as little audible distance as possible between himself and the audience. Michael Bradford’s production emphasizes his voice above all else, but it’s never overly glaring. The song’s instrumental components are just as important to the song’s overall success as any of his vocals.

He has a penchant for 60’s pop, ala The Beatles, but it never risks imitation. The guitar, in particular, stands out for me with its exotic voicings that are a perfect example of how simple can often sound like so much more in the right hands. He knows how to spice things up throughout without ever making the song feel like its weighed down with superficial nonsense. Everything is functional in an AV Super Sunshine song; there is no wasted motion.

This same sense of economy has held him in good stead from the outset and there’s no reason to expect it fizzling out anytime soon. I’ve been with this guy from near the beginning and his consistent is jawdropping. Moreover, he makes it sound easy. It’s one of the signature qualities defining the best performers; the seemingly offhanded way they conjure magic without ever appearing to sweat. It’s not the truth, however. There’s a lot of labor involved in the creation of gems such as this.

It goes back to the song’s subject matter. There’s nothing glamorous, really, about doing the sometimes frustrating work of finding a foothold in a competitive modern music marketplace. There is nothing flashy about the nuts and bolts of putting a song together, providing production that at least approaches the sound you hear in your head, and getting your art out there to a, perhaps, waiting public. “Show Business (Glamorous)” lays it on the line and entertains you all the way through.