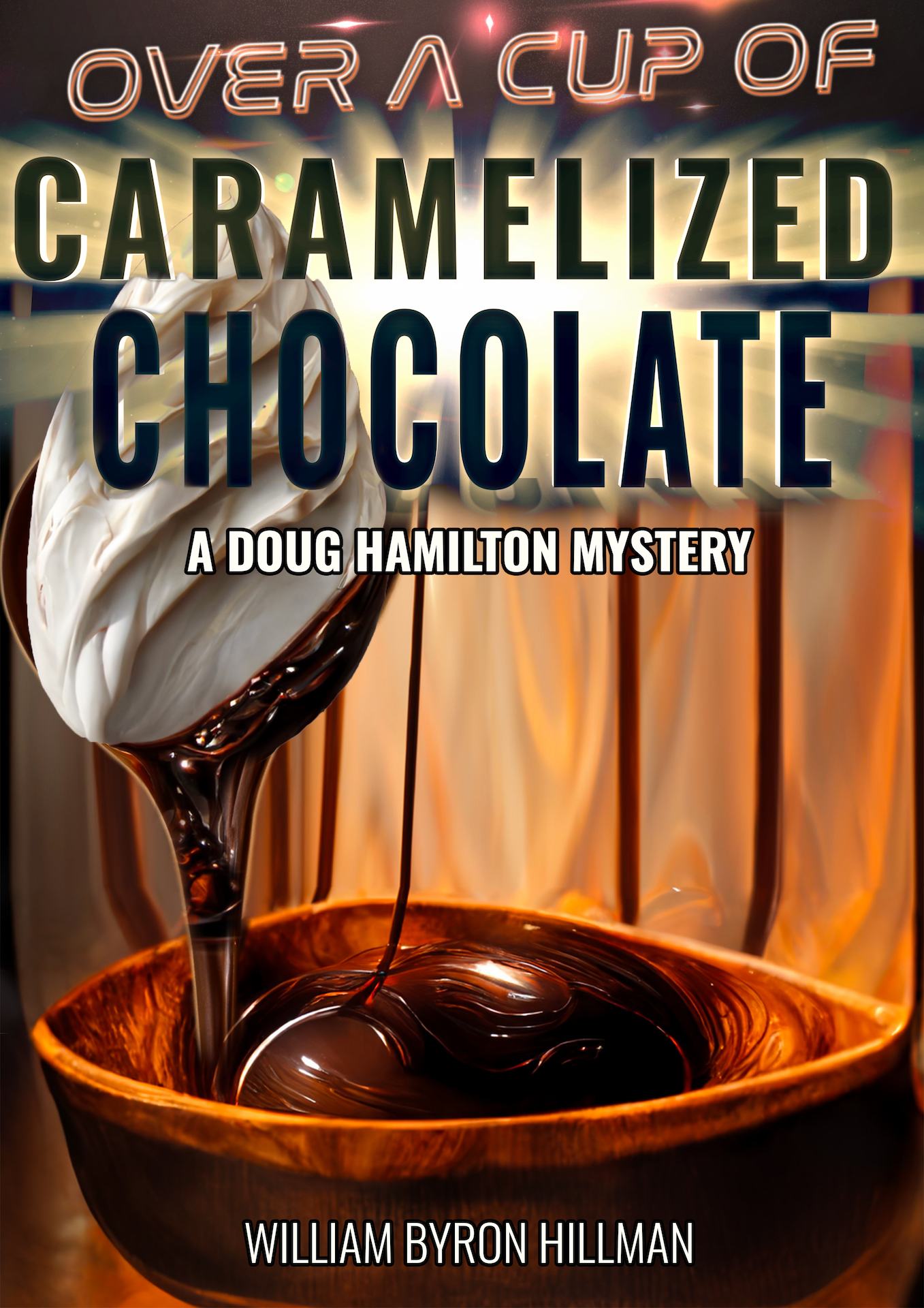 Author William Byron Hillman has just released his highly anticipated new novel “Over A Cup Of Caramelized Chocolate: A Doug Hamilton Mystery.” Author Hillman has written another romantic thriller that we keep you guessing, laughing and on the edge of your seat.

“Over A Cup Of Caramelized Chocolate,” the second book in the series, Doug has found the story for his next New York Times best seller. How did a billionaire become unfathomably rich in months short of one year? The only way he’ll get the real estate tycoons’ story rights is to solve a crime the cops can’t. Someone is robbing clients’ houses, taking millions in treasure without leaving a trace. Since Hamilton writes mysteries, the billionaire challenges him to solve his mystery and be rewarded with the story rights everyone in the world wants to solve. Doug and his wife Tawny take the challenge.

“Let’s Sue ‘EM!” the first Doug Hamilton Mystery introduced Doug and Tawny Hamilton, happily married but frequently disagreeing. Doug is a bestselling mystery author, and Tawny is a design decorator. They have twin babies, and a Golden Retriever pup they juggle in-between career challenges. Doug’s fans believe he can solve any mystery as he does in his books, and when confronted, he astonishingly manages to escape some extraordinary, sometimes comical circumstances. When Doug falls from a tube during a lazy river ride at the hotel pool, he is embarrassed. He immediately blames the hotel. His first mistake was to sue. The second was disclosing part of his past, he never intended to share with anyone. The third mistake was to continue believing he could skirt the truth, and all would turn out well. He was wrong at every turn.

“Over A Cup Of Caramelized Chocolate” is delicious fun, deceiving, electrifying, mysterious and a caper that makes it a must read. Available now in paperback, e-book and Hardcover.

William Byron Hillman has done it again, knowing how to target a romantic thriller and weave it into a classic murder mystery. OVER A CUP OF CARAMELIZED CHOCOLATE is as appetizing as the book cover indicates. Murder, suspense, and a storyline woven to amuse, entertain and resolve the mystery within.

Get your copy of “Over A Cup Of Caramelized Chocolate: A Doug Hamilton Mystery” by author William Byron Hillman on Amazon here:

William Byron Hillman is an American born author/filmmaker/actor His screenplays have been produced while his entertainment career in film and TV includes directing and producing 7 theatrical films. Author of 19 novels that include thrillers, romantic mysteries, 4 story coloring books and a new series of children’s story books. An extensive traveler, his works and persona have enjoyed visits all over the world.