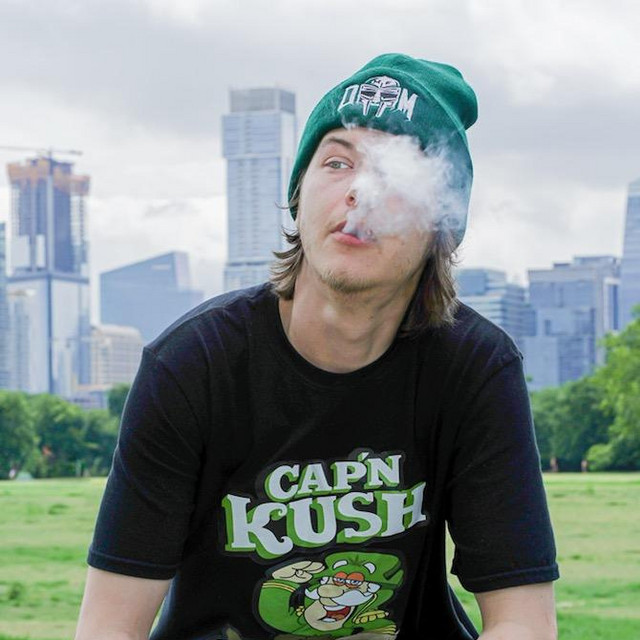 ATX Cypher “On My Own”

Texas based rapper, ATX Cypher, in some ways resembles the second coming of Kid Rock. He’s brash, oblivious, and casually inappropriate. Like the aforementioned Robert Richie, he’s also undeniably charismatic and speaks to a populous segment of society. In some ways, ATX seems as if he’s living in a time Warp, unfettered by the increasingly PC climate of modern America. His rapping skills are unquestionable, and he brings his own unique voice to the table. His Texas roots go a long way in defining his slightly outlaw persona and ideology.

The newest single by Cypher, “On My Own,” seems like standard but also exceptional fare for him. ATX comes in hot with the track and never really relents. He’s not overbearing, but he’s certainly emphatic. Most listeners are going to make up their mind about ATX within about 10 seconds. He’s not the type of artist who “lingers.” He’s either for you or he isn’t, it’s as simple as that.

While ATX leans into a few too many Hip Hop tropes with “On My Own,” he does possess a certain originality. His gruff vocal style and slacker aesthetic almost place him in a sort of “Grunge Rap,” classification. If that isn’t already a thing, it may be once ATX Cypher is through. He embraces an Urban vernacular and demeanor, but his vibe puts off a more suburban or even rural background. Nevertheless, there’s going to be a number of young people who see reflections of themselves in him.

“On My Own” is crass, unabashed, and self promoting. ATX repeatedly reminds us that “she gets wet when he steps in them Nikes.” He straddles the line between legitimacy and parody, leaving some to wonder if he’s actually serious. He’s definitely serious about his work, and “On My Own,” shows his propensity as not only a performer, but a composer. He displays a great deal of verbal agility and dexterity, and remains in control throughout the entirety of the piece. Some may consider him to be a bit delusional, but he seems comfortable in his own skin for the most part.

There’s a running vocal loop throughout the piece that contains a lyric, but is rather indecipherable. Nevertheless, it adds a layer of sleek emotion to the piece that ultimately widens its appeal. ATX knows his way around the studio, and it’s easy to hear that he is only going to improve in this regard. The production here is relatively top shelf, for an independent artist like ATX. His vocal and the beats are well mixed, providing just the right balance to let go and enjoy the song for what it is.

There’s a video for “On My Own,” on YouTube that is essentially an infomercial for ATX. We see him by a small creek, bouncing about as if he’s on his 4th Red Bull for the day. He adores his cannabis and promotes it throughout the piece in more ways than one. If nothing else, ATX is entertaining because he completely believes in what he’s doing. They say that showing up accounts for 90% of Success. Wherever ATX Cypher is heading, you can rest assured he’ll get there on his own.