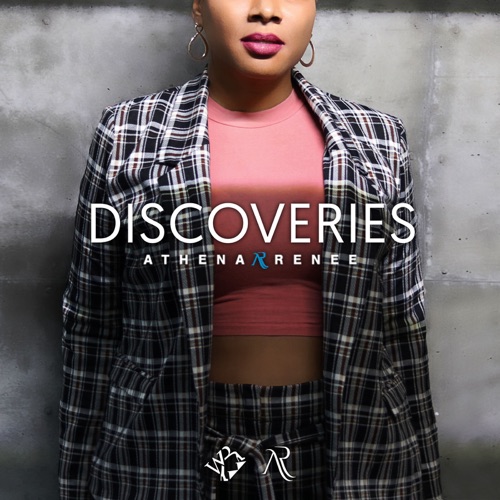 My goodness, Athena Renee can sing. She transforms. In her EP Discoveries, one of the key themes is trusting in yourself, loving yourself so that others respect you. Discoveries is destined to be the defining song collection from an artist that won’t be under the radar for much longer.

Now based in Los Angeles, California, Renee is originally from Atlanta, Georgia and grew up singing in the church choir. Her songwriting credits include songs for Keith Sweat and Musiqchild. She’s been a featured backup singer for India Arie, Avery Sunshine and DVSN. Discoveries has five outstanding tracks. Right out of the gate, I felt like I was listening to something extra special.

Pre-Flight is the first track and it’s a quick one, but really sets the stage for the theme. The line “once you love yourself you’re on your way” really pounced my heart. So many times as humans we don’t take care of our mental strength and often default to self-loathing or despair. Renee’s voice float along the dreamy piano music bed in an almost Disney-princess fashion. Her voice is so strong. There is no one like her.

The next track “Vibe” has this really cool, dripping beat. “I don’t want to lose myself in your charade” sings Renee. The chorus “the vibe, eye-eye-yah” is so tight. I loved the line “if you ‘em people will string you along” and it’s followed by a little burst of a bright, acoustic guitar. I loved the dynamic and changing tempos of the song. You thought it was going to be this track with a heavy beat, and it has little bips and bops.

“Do Better” has really cool piano or synth opening sound. “You can see the forest before the trees” Renee sings. This song builds, it bubbles from the bottom and erupts into a song that is wildly exciting and inspiring. “I gotta do, I gotta do better” is the chorus flush over a cascading piano bed. Again, Renee maintains that confidence and personal prowess.

“Wild Hearts” is made for the radio and for a romantic movie soundtrack. It starts with a crooning, country-like guitar. She sings “the atmosphere is heaven sent” whereas she holds the note on “sent” for at least seven seconds! She does the same in the next line with “we stick together like bubble gum” with gum getting sticky for at least another seven seconds. Again, I loved the mix of country pop sounds with fresh beats and drum machines. Renee shares singing duties in “Wild Hearts” with Luke Myers. Their voices are great compliments to each other and the chemistry powers this track.

Finally, in “Golden” the listener really feels like they know Renee and her artistry. Remember when I said she could sing? All the songs on Discoveries prove her talent, but “Golden” is breathtaking. I’m almost shaking it’s that good. She sings “I’ll be golden tomorrow…I won’t be broken in sorrow.” So much of this reminded me of Whitney Houston in “I Have Nothing”. Renee’s voice in “Golden” is proof of her alchemy.