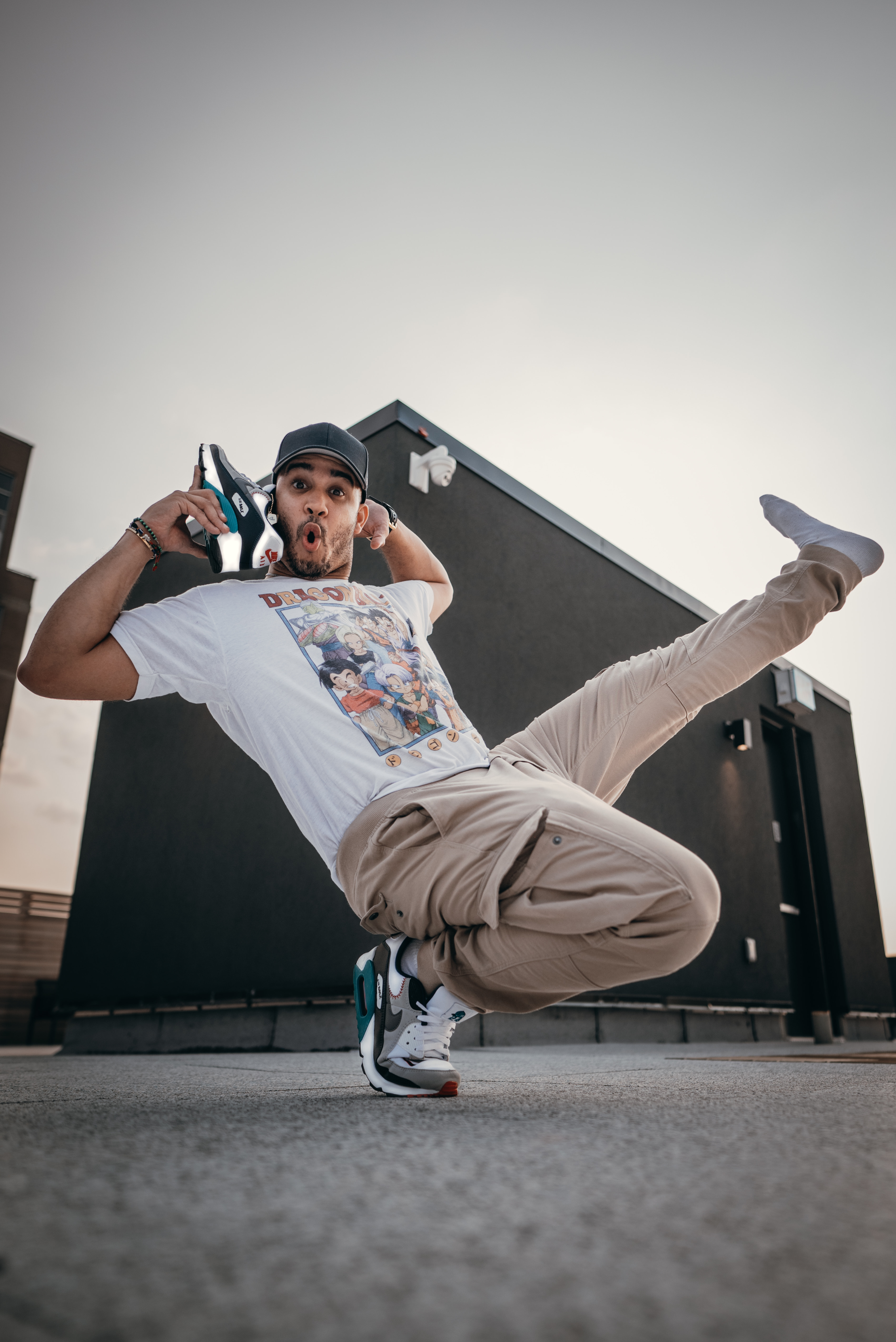 The art of dancing has been beautifully narrating expressions of any kind for several years. The glory held in each move is beyond describing if described in the correct ways. Similarly, recounting photography has cajoled people into its relationship with art. There is no wrong in saying that professional photographers or anyone with photography skills are any less than artists. How about a person who can do both dancing and photography in an exquisite style? We can rarely find such two modern talents in a single person. Today we are going to talk about one such person, JP.

Jesus Presinal, well known as JP is a New York-based stylist B-boy as well as a creative photographer. He has large working experience in all the following categories such as stages, music videos, movies, cruise ships, and brands. Covering a variety of stages and music videos, JP worked with huge names such as French Montana, Becky G, etc. Moreover, JP was featured on the TRL of MTV and was a professional NBA dancer at the NBA court for Brooklyn nets. JP shared that it was one of the huge moments for him.

“It was when I was performing on the NBA court for the Brooklyn nets. While I was doing a performance, I realized Bill Clinton was sitting right in front of me. I was shocked. He stood up, shook my hand, and said “that was incredible!” I thought ‘Hey if the great Bill Clinton said that to me I must be in the right place.”

JP’s love for dancing began at a young age when he once saw an incredible performance of Quest Crew on a TV show named America’s Best Dance Crew. JP says that those guys made him love their dance, stunts, and choreography; and grew a passion in him to be a hip-hop dancer like them. It was then he decided to become the coolest and stylish b-boy of the century.

Today you can see JP’s progress on his Instagram as he shows his gravity-defying dancing moves through the art of photography.

At first, JP was always in front of the camera but now for some years, he has had the passion to be behind the camera to create and capture the art. He is excited about this experience. The photography has the enchantment that it changes the way of thinking of the capturer. As it does with JP which you can see on his Instagram profile officialjpnyc and his photography profile jmpproductions.

“I want [people] to really see the art in my photography and how beautifully you can capture movement in still photos. I use lighting, shapes, and camera angles to turn each photo into a true work of art.”

JP is a big inspiration for all those who believe in arts and want to become part of its modern fields i.e., photography and dancing. According to JP, the easiest way to achieve it is by connecting with your audience, relate to them, and create accordingly. Plus believe in yourself, in your dreams, and give your hundred percent into the work.