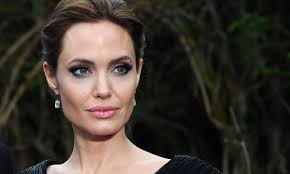 Angelina Jolie embarrassed her son Maddox with an “ugly cry” when she dropped him off at college last Wednesday.

In a video shared last week, the 44-year-old was seen holding back the tears when she said goodbye to the teenager at Yonsei University in Seoul, South Korea.

And at the weekend, Jolie was promoting Marvel Cinematic Universe’s The Eternals at the Disney D23 Expo in Anaheim when a reporter from Entertainment Tonight asked if she’d stopped crying yet.

“Oh my God, an embarrass your children ugly cry!”, she laughed, after admitting she hadn’t. “I also, just at some point, had the big (sun)glasses and the amount of times I turned and waved. I do know it was the one moment in my life I think I turned around six times before the airport just… And he sweetly stayed and kept waving, knowing that I was going to keep turning around. You could feel he knew he couldn’t leave.”

She also told ET his siblings showed the 18-year-old how much they would miss him by jumping into his airport ride.

“What was very beautiful is the way everybody said goodbye. When it was time to take him to the airport – some jumped into the car to take him,” she sighed. “When you know that your kids love each other and you see the way they all – without any kind of prompting or pushing – give each other notes, hug each other, take each other, support each other, then you feel like they’re going to be okay and they’re always going to have each other.”