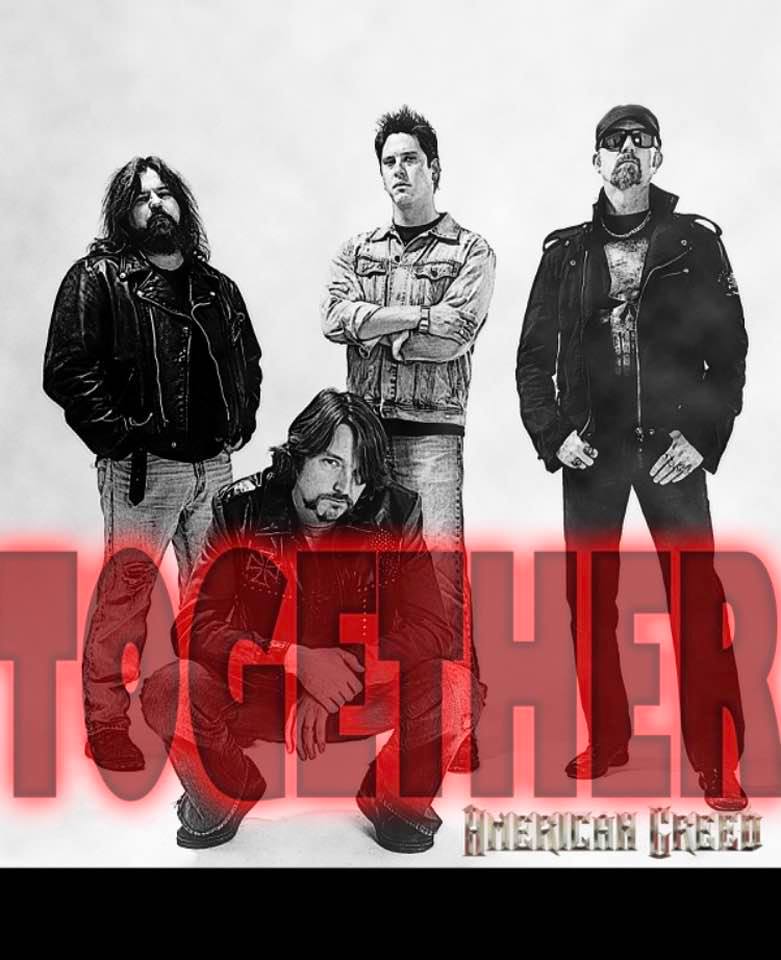 The rock group American Greed have released the memorable “Together”. Gripping the listener with its tale of missing out and not being there, the idea of coming together and putting all the pain behind timelessly rings true. Carried out with a thrilling rock ballad music bed, this understated track is one of exceptional musicianship. “Together” ties the binds that glues the best of the best rock tracks together – a band that rocks together can also release heartfelt songs.

All I ever wanted was to be there by your side, an emotional Dave Farver sings. The lead singer sings with regret, too, and sings as though he’s writing a letter at the same time. He’s lost in his own thoughts and in this apology to his loved one. He sings in the chorus, I just want to hear you say we’ll be together, we will be together. The music bedrock is a subtle rock bed, rich in bass guitar and a swelling, melodic electric guitar. The drum fills are tight and a balanced mix of percussion and cymbals. Though I heard the piano mostly near the end of the song, there is a keyboard that comes across very lofty and airy. It gives the song an added layer of romanticism.

The backup melodies, in addition to the guitar, gives the song even more lingering emotion.

This song is inspiring and hits close to home for many. I kept thinking of military families, or couples that have to be separated for months due to deployment. Imagine the heartache and gut wrenching decisions that it takes for that sacrifice. I think American Greed captures the hurt and balances it out very well with the pining for forgiveness. And, maybe forgiveness isn’t the right word when it comes to military families, but a way to say thank you for the selflessness. I think Farver instills that reciprocal love when he sings, and he has a natural empathy flowing from his voice. The guitar runs through the middle of the song like a family’s foundation – through and through they will stick together. Nothing can break that bond. The guitar is the sealant. It doesn’t plow through the field of music, it rises above the sounds and seamlessly travels back into the echo chamber. The drums, too, a steady stack of sonic pounce, remind the listener of the human beating heart. The cadence and rhythm of the drums (along with the bass guitar) are strangely calming and in a way, a goalpost that “Together” and togetherness can be achieved. “Together” certainly achieves high, incredible marks.

American Greed is Farver, Michael Mesey (drums), Bob Guion (bass guitar) and Matt Arana (lead guitar). Mesey, who is the former Chuck Berry drummer, also wrote “Together”. Among the band’s incredible resume are the impressive hits “Beyond the Sun”, “Flesh & Blood” and “Ride Baby Ride”. On its way to making a mark in the music industry, “Together” is a reminder on music’s powerful message to heal and connect us all.

The music of American Greed has been heard all over the world in partnership with the radio plugging services offered by Musik and Film Radio Promotions Division.  Learn more https://musikandfilm.com