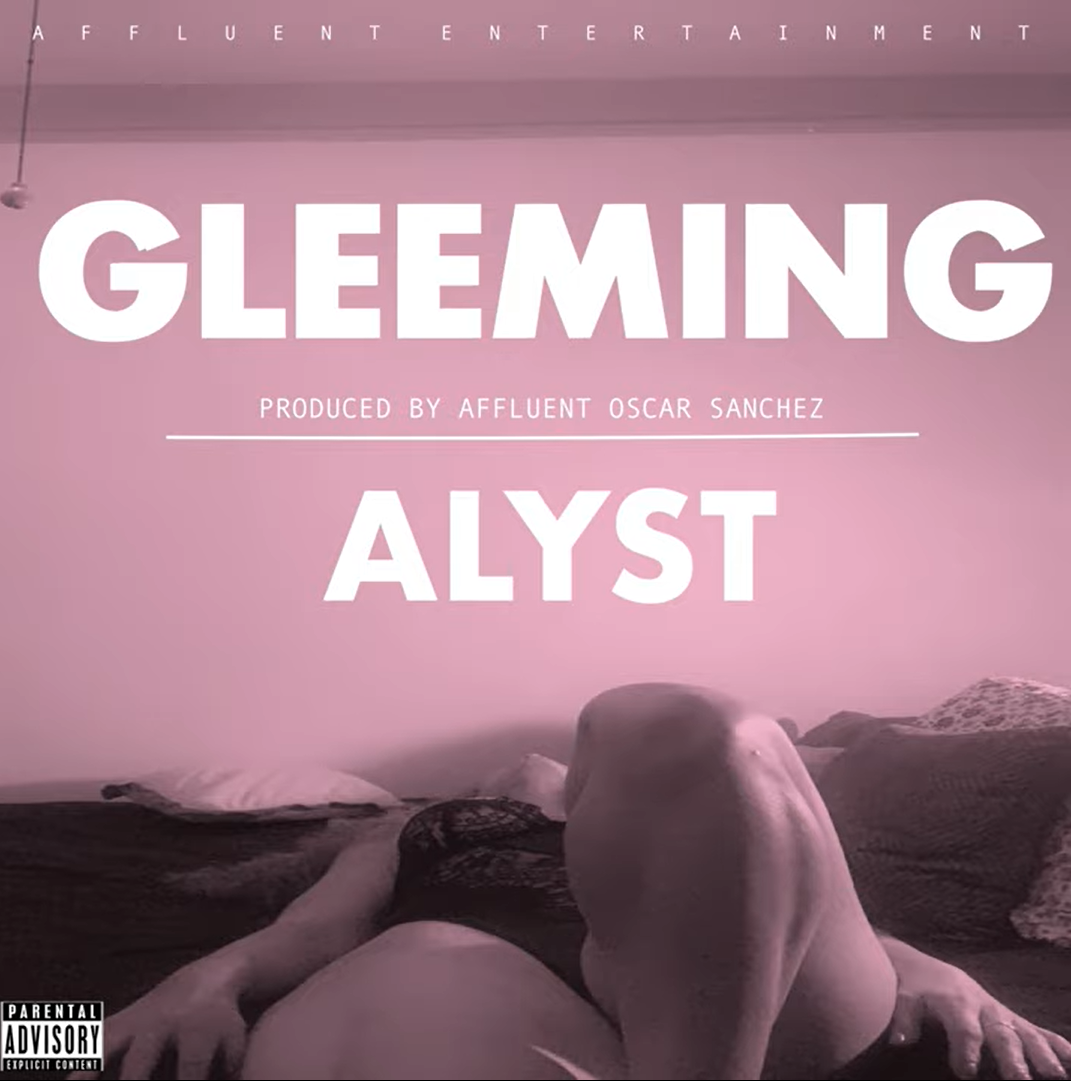 It’s rare that an artist can isochronously exude, Strength and vulnerability. In the case of Kentucky born Rapper, ALYST, you can see a self-assuredness sharing its space with a youthful coyness. His new single, “Gleeming” is a glimpse into who ALYST is, and though it’s not all telling, it’s enough to make an impression. From the opening bars, it’s not exactly obvious that ALYST is a little different. The song is rife with cliched effects that have been utilized in every imaginable fashion, up to now.

Where ALYST differs, is with a silent confidence, and an instinctual aversion to posturing. While he does adhere to some of the typical Hip Hop tropes, such as girls and bling, he seems to exist in a universe, all his own. There is a dark but cool undertone to “Gleeming,” that ALYST himself seems only seminally aware of. There are aspects of his character that seem to want to show themselves, but all in due time. He seems destined to be a somewhat polarizing, yet compelling personality.

New zip/that’s recent. That line from “Gleeming,” has to be a reference to ALYST changing his residence from the tempered and instinctually southern grounds of Kentucky. His new home is none other than New York City, a far cry from his roots, to say the least. There’s a haunting quality to “Gleeming,” that seems to suggest a story of a thirst for power that ultimately leads to disillusionment. It’s not an entirely self-conscious piece, but rather one that fully accepts the rules of the game.

ALYST has screen presence that is hard to deny. In the video for “Gleeming,” he shares the screen with only his female companion, and stacks of cash. He is a fixating site, who looks tough but well-manicured, much in the way a Professional Wrestler might come across. His brooding looks and sculpted physique is sure to stir up some envy from his peers. ALYST is self aware enough to know how he is likely perceived, but too focused to be lost in his own image.

As a song, “Gleeming” is somewhat understated. It’s not painfully indolent in the way that say, Billie Eilish can be, but it’s in no hurry and operates at an even keeled pace.

ALYST has said that it’s the one song in his catalog that is most reflective of who he is, and you get the feeling that is absolutely the case. He’s also careful to craft himself as being highly ambitious, so as not to lay too far back. Ultimately, he strikes a nice balance, that is still somewhat under development.

“Gleeming” is enough to garner casual interest in ALYST, but hopefully he hasn’t played his ace card, just yet. In all reality, it’s the video for “Gleeming,” that will serve as a hook for ALYST. He has a look that separates him from the pack, just enough. His vocal style is a bit warbling at times, but it too is likely to become something idiosyncratic and signature for him. All things considered, taking a chance on ALYST and “Gleeming,” in particular, could be a worthwhile gamble.