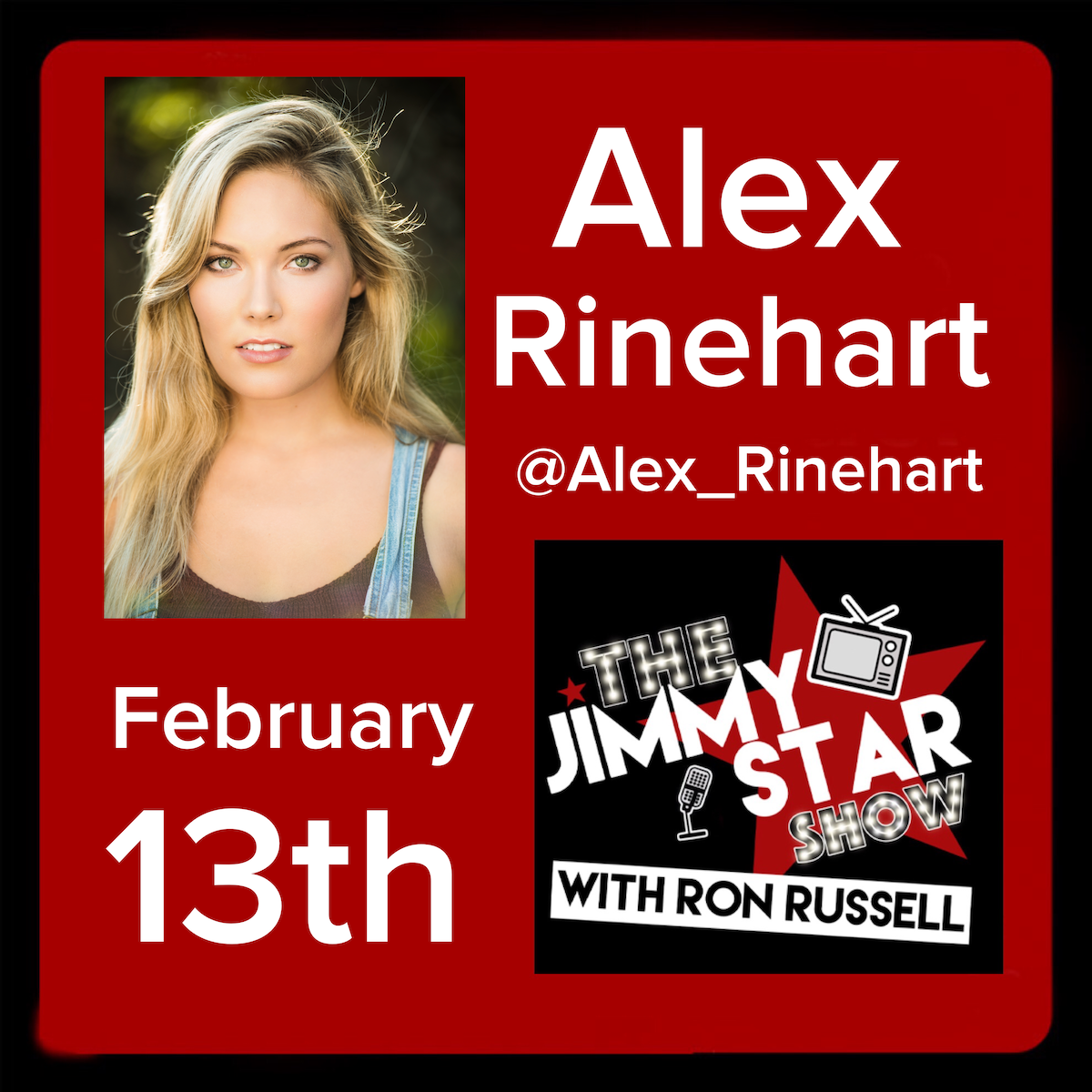 Alex Rinehart will be a featured guest on The Jimmy Star Show live radio/tv show hosted by King of Cool Jimmy Star along with Cool Man About Town Ron Russell to discuss her new film “Art Of The Dead”, her career and the entertainment industries at large. The Jimmy Star Show is tv/radio’s coolest hit show, featuring the best in music, entertainment, fashion and pop culture, all from a fun industry insider perspective in a completely live, unedited fast-paced two-hour conversational format.

Classically trained up and coming actress from the Midwest, Alex Rinehart is paving her way in Hollywood! While only being in LA for three years, she has landed four feature films, twelve short films, seven commercials, and appeared in several television series! You may have seen her in the Netflix released film, The Black Room, acting alongside Lin Shaye, James Duval, and Natasha Henstridge. Or more recently, at the red carpet premiere of her latest film, Art of The Dead, in which she was the leading lady, co-starring Tara Reid and Richard Grieco!

Rinehart impressively did all of her own stunts for the part as well. Look out for her in her next films -Canaan Land, a societal critiquing drama where she is acting next to the great Rebecca Holden as a pseudo reformed stripper angel, or in the thrilling sci-fi world of They’re Inside, as a crazy childlike murderer villainess.

Ms. Rinehart’s acting range and ability to move an audience to both tears and laughter has been recognized by The Iowa Filmmakers Association with the “Best Dramatic Actress” award in a short film festival she participated in as well as co-writing for that very same script as well.

Rinehart graduated The University of Iowa as a double-major with a BA in Theatre Arts & Communication Studies. She trained and excelled in the techniques of Stanislavsky, Meisner, Grotowski, Alexander, Strasberg, and Shakespeare! She has since studied under prominent and well-known LA coaches, Zak Barnett and Martha Gehman, for continual practice of her craft. She has also performed in shows at IOWest theatre to showcase her improv skills and comedy chops so you can catch her more goofy side! A friendly and outgoing go-getter, Alex has established working relationships with the legendary Roger Corman (known as “The Pope of Pop Cinema”), Geno Hart (production advisor on La La Land), Steve Istock (ParamountProducer), and top-credited casting director, Paul Ruddy, to name a few.

When Alex isn’t shooting for a current project of hers, she enjoys everything from modeling, to chips and salsa dancing, painting, knitting, singing soprano in the shower, and strumming on her dad’s old guitar. Being a bit of a nerd, Rinehart solves Rubik’s Cubes, plays chess, and reads the dictionary for fun. Yet, the nature-loving and outdoorsy Iowan in her gets her out exploring on hikes, snow-skiing, or on the water for some adventurous wake-boarding, daring water-skiing, and boat-driving fun! She’s highly skilled in deep philosophical conversation and is an avid movie lover.

She looks forward to the exciting future that lies ahead and revels in the joy that acting provides her now. She is committed to achieving success and grabbing hold of all the more opportunities with a smile on her face, a passionate drive in her step, and a playful spirit and heart!

The Jimmy Star Show with Ron Russell is pleased to showcase the expertise and talent of Alex Rinehart and all anticipate a fun and informative time talking with her about her career and the entertainment industries at large.

To hear/see Alex Rinehart live on the Jimmy Star Show with Ron Russell tune in to W4CY radio on Wednesday February 13th, 2019 from 3-5 pm ET and 12-2 pm PT online at www.w4cy.com from anywhere in the world!