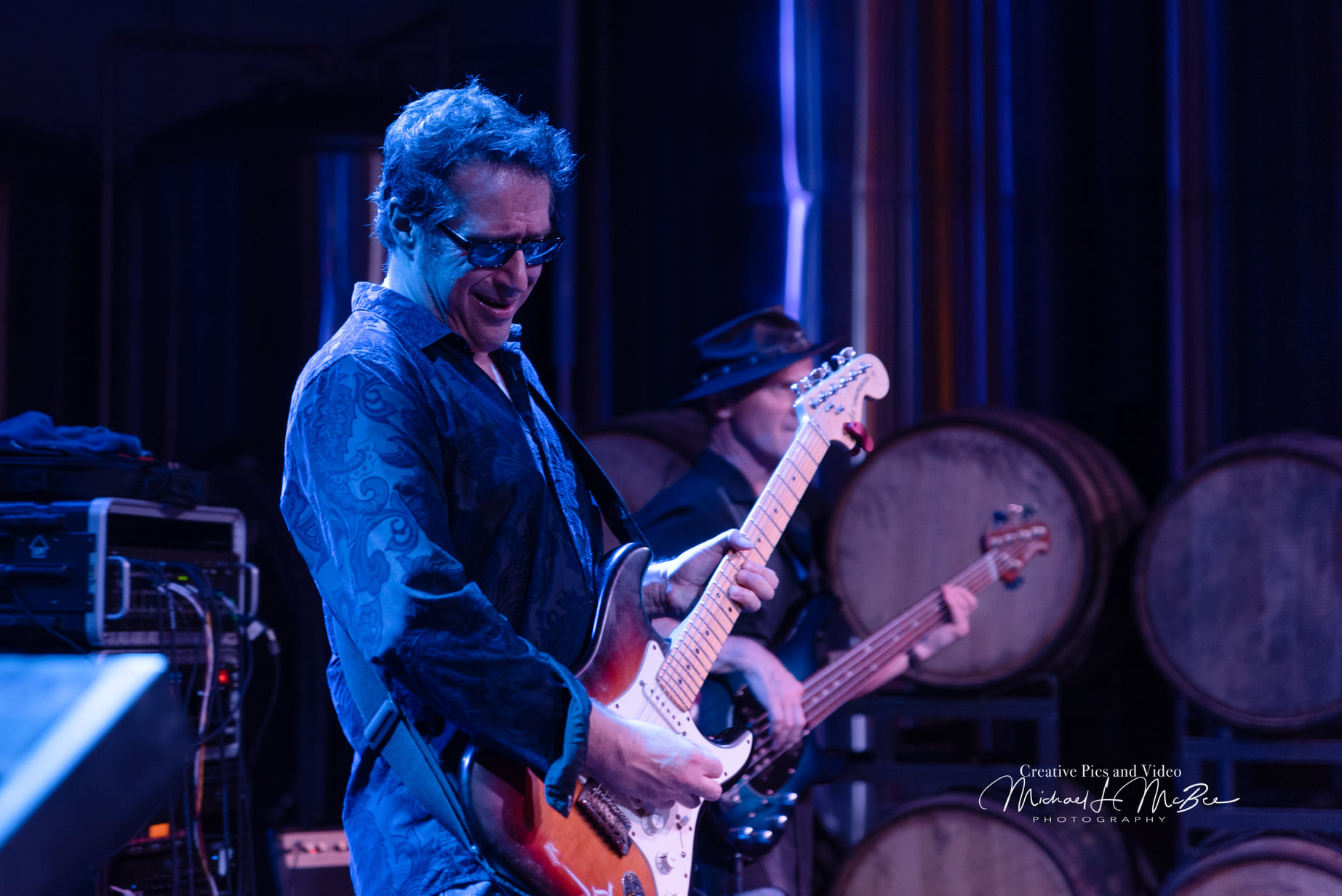 The ferocious desire to create at the center of Alex Lopez’s music is multi-faceted. I believe he sees and hears music as a way of building a community of like-minded individuals. I believe, as well, that he sees himself as one of many vehicles intended to bring blues music, infused in his case with a healthy dose of rock, to a new generation. The latter is a way the Cleveland, Ohio native can pay back the influence of guitar giants such as Jimi Hendrix, Eric Clapton, and Jimmy Page, among others. A final facet of his creativity powering six albums and counting is his own need to communicate his emotions and thoughts as a participant in this often mad world we all inhabit. We hear a lot of that on his latest album Nasty Crime and it’s an experience many will savor.

There’s nothing preachy or heavy-handed about songs such as the first track “World on Fire” or its ilk. Lopez’s songs are written from the perspective of individuals caught up in the world’s daily conflagrations rather than those somehow distanced or removed from such fare. His guitar is more than up to the task of giving musical life to his creativity and especially excels with this song. It’s his vocals, however, that gives the track its crowning touch. He sounds engaged as never before.

“I Don’t Care” steps back some from the in your face blues rock of the opener. He conveys just as much attitude working along a minimalist trek as he does with the massed guitars. “I Don’t Care” is as hard-boiled as it comes, and Lopez puts a little extra growl into his voice that helps communicate its dismissive spirit. We’re served up a platter of purist electric blues with “When the Sun Goes Down” and few listeners will complain. I believe it comes at the ideal place in the album’s running order and Lopez gives an invigorating reading of what are, admittedly, relatively standard blues tropes given fiery life by his guitar.

“The First Time” would be a standout in any form but taking listeners in a solo acoustic direction at this point during the album is a minor masterstroke. Lopez’s performance highlights his soulful tone much better than virtually anything else on Nasty Crime and he makes an acoustic guitar practically explode in ways listeners can scarcely believe possible. His teeth come out for the title track as he sets the fretboard on fire with scintillating take no prisoners playing. It’s one of the album’s best outright rockers, if not one of Lopez’s best ever, and doesn’t pull any punches. He keeps things on an even musical keel, however, and it never fails to fill out that side of the ledger.

The Xpress latches onto one of the album’s most memorable grooves with “Holy Woman”. It’s a neat inversion of a relatively common blues rock lyric trope and keeps percolating for its entirety. The organ solo during the song’s second half is a great addition. “That’s Alright” brings the album to a close with Lopez and the Xpress returning to familiar territory. It’s a bluesy slow-burner that nonetheless remains light on its feet and closes with a rare fadeout. It’s one final reminder of how everything about Alex Lopez and the Xpress is indelible despite working within a time-tested tradition. This sort of music rarely gets better than his new album Nasty Crime.