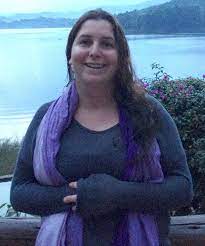 Bittersweet piano chords, charismatic guitar strumming, and breathy vocals await all who take a peek at the tracklist of Alex Krawczyk’s Le Olam this spring, and although these elements might appear stock on their own, they form some of the best harmonies I’ve heard this season here. Krawczyk is a relatively new face to the indie spotlight, but in Le Olam she manages to establish herself as an old fashioned troubadour in the truest sense of the term, borrowing heavily from Americana-influenced conceptualism, jazz, and a wistful style of folk music that hasn’t sounded this good in decades.

“Simple Man,” “I Will Take You Home,” and “Calling My Angels” present us with a mixture of poetic balladry and a strong assertiveness that has been largely missing from most of the indie pop I’ve been reviewing in 2022, and their balanced attack serves as one of the highlights of this LP for sure. Krawczyk doesn’t sound out of her depth here per se, but she’s definitely experimenting with elements of songcraft that she might not necessarily have mastered thus far. It translates humbly as opposed to amateurishly, which is something I just cannot say for a lot of her peers’ output lately.

The piano parts in “There Will Be Light” and “Above Water” had my heart from the jump, with the latter bringing to mind a McCartney-esque harmony that could give any traditional pop fan the shivers. There’s no denying that Krawczyk has a way around the keys, but she isn’t overly dependent on any instrumental trappings to sound cathartic in any of these performances. If anything, they’re a mere addition to her commanding lead vocal, which is the centerpiece of almost every song that she’s recorded for Le Olam not only because of the lyrics it offers but because of the tone it affords the music.

There’s an elegance to every part of this album, and “Turning,” “Full Moon Rising,” “Remember” and “Up Ahead” struck me as being some of the best evidence of Alex Krawczyk’s comfortability in the studio. She’s not quite swaggering in the way some of the more arrogant players in her scene are, but you can tell that she has a relationship with this medium that allows her a bit of extra boldness when it matters. Her ease bleeds into the music, and it influences how we’re to interpret the narratives presented therein.

I didn’t know anything about Alex Krawczyk before listening to this new record, but being that it’s only her first official release, it isn’t difficult for me to imagine her finding a place in the mainstream a lot sooner than later. She breathes so much life into these lyrics that there are moments where it’s hard to tell where her voice is ending and the harmony between strings and keys is beginning, and in comparison to what you’d expect from the status quo in her genre, this is far and away one of the most noteworthy releases to debut out of the underground in a long time.