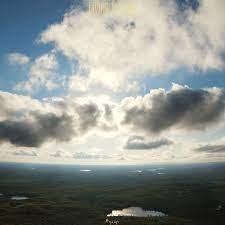 The newest single by EDM artist, Agaapi, packs so much exhilaration into one track, and it doesn’t contain a single word. It’s rare that an instrumental track can make such a visceral impression, but that’s indeed the case with “Flying Feeling.” It’s as replete and emphatic as anything you will hear, and somehow manages to immediately resonate. A Producer and an Artist, Agaapi is mildly enigmatic to some extent. His identity is not necessarily a well-kept secret, but also not exactly an accessible anecdote of information.

“Flying Feeling,” has a title that has to be able to say something that lyrics won’t be allowed to. Therefore, the title is as transparent as possible, and truly delivers. You’ll feel a surge of euphoria, within the opening bars of “Flying Feeling.” Somehow, Agaapi manages to not only maintain, but heighten the energy level as the song progresses. It’s a bit like an empty canvas, with the outline of a sketch that the listener is allowed to complete.

Off of the heels of his recent EP, Summer Days, the Ohio native has shown a tireless work ethic. His distinct and kaleidoscopic knack for creating visual soundscapes is quite rare. “Flying Feeling” is a perfect example of how polarizing genres like EDM, do not lack genuine emotion. The emotions are simply captured in a non-traditional package. This is the type of track that will become addictive before you realize it.

It’s difficult to describe “Flying Feeling,” in literal terms. Yes, the synths are soaring to the point of feeling dramatic. The tempo is accelerated, and the track’s ambience is effervescent. When opening the track, initially, I was first struck by its immediacy. I kept waiting for the vocals to come, and had of course, set high expectations for them. Though the words never came, I didn’t feel as slighted or disappointed as I otherwise might have. I felt completely satiated and stimulated by what I had just experienced.

There’s almost a sort of Anime effect on “Flying Feeling,” but that is entirely conjecture. It has the sort of cultural consciousness that is universally understood, but also inspires specific imagery. Then again, a song with this much pure energy, will attach itself to each individuals imagination. It captures you, and sets you a flight, no pun intended. Before you know it, you fully understand why this piece is called, “Flying Feeling.”

Agaapi is likely to have a major presence at the biggest EDM festivals, going forward. A piece like “Flying Feeling” is sure to send crowds into a frenzy. Because of its accessibility and malleability, you’re likely to hear it popping up, all over the place. There’s a massive overtone of positivity and optimism that is impossible to deny on “Flying Feeling.” Though this might all sound slightly hyperbolic, I urge you to experience the song for yourself, and then be the judge. Chances are, you’ll be beaming and in a state of wonderment, just as I was. “Flying Feeling ” is now available for streaming and download.