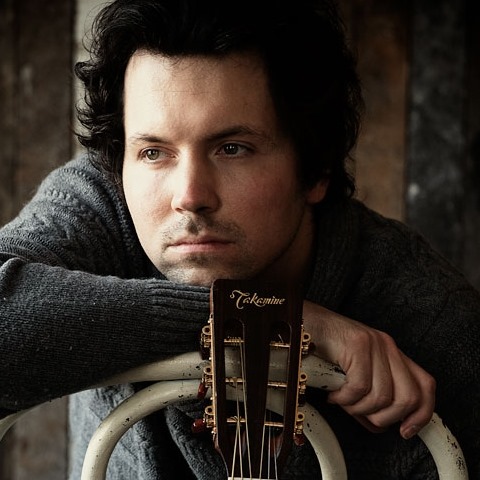 “Late at night / A melody came / But in the morning, it just didn’t sound the same / It slipped right through my fingers…” an innocent-voiced Jake Allen croons in the opening verses of his song “Things We’ll Never Find,” one of my favorites off of the all-new Affirmation Day LP.

Released this past October, Affirmation Day finds this indie singer/songwriter competing with the likes of The Brothers Union and Derrick Davis for the most profoundly emotional and unrelenting pop/rock performances of the last two years, and to his credit, he puts forth one heck of a strong candidate.

Words aren’t the only avenue of expression this artist is going to use when trying to get a point across to us in Affirmation Day; in “Two Faced,” for example, the relationship he develops with the strings as a singer is perhaps more integral to understanding the lyrics than simply interpreting the verses at face value would be. I could say the same for the percussive pulsations in “More Than Meets the Eye,” which on their own remind me a lot of Howard James Kenny’s early stuff, as well as the charismatic “I’ll See You On the Other Side” (the only song I would want to close-out this tracklist).

Allen always has his heart on his sleeve in Affirmation Day, and after taking a peek at some of the other records he’s released prior to this one, I think there’s an argument to be made that this is his most unguarded collection of songs to see widespread release thus far. “Indigo Son” hypnotizes us with its soft jazz harmony and alt-rock grooving, but beneath the pleasant polish there lies an unfurling of honest thoughts and desires that is nothing short of poetry. “Rising Tide” and the title track are both quite deceptive at the onset as well, but after a few listens, it’s hard to describe any of this material as unfeeling.

The multilayered style of the mix in “Things We’ll Never Find” and the deliciously over the top “Prague 6” had me enamored from the moment I heard this complete tracklist forward, and I’m definitely curious to hear how Allen is going to play them in a live gig. Whether stripped-down to their nuts and bolts or presented in the grand fashion they are here, I think they’re going to be two of his hottest requests in concert – once he’s able to get back on the road, of course.

Jake Allen scores another slam dunk with the release of his fourth studio collection Affirmation Day this autumn, and although it’s not the only record in his discography that you should pay some attention to, I feel that it’s his most career-defining effort by far. There’s nothing here that indicates any desire to sell-out or walk the toxic tightrope of a mainstream, major label deal; he’s on his own in this LP and loving every minute of it, which is a lot more than I can say for some of his rivals.