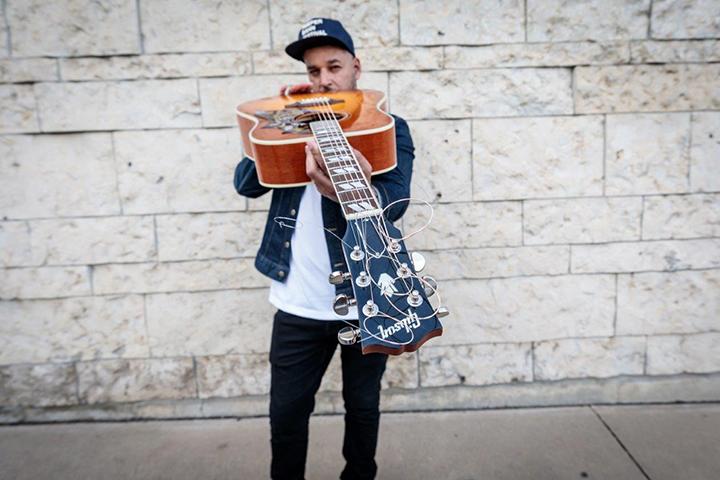 The retro-fitted charms of Adrian Sutherland’s “Politician Man” make it a satisfying experience for everyone but, particularly, those who might not otherwise enjoy “protest” or “socially conscious” songwriting. “Politician Man” benefits from an all-around top notch musical performance but the rhythm section’s light swing, harmonica and reverb-spiked guitar phrases punctuating the track, and Sutherland’s singing are highlights in a recording that never wastes listener’s time. The balanced production, quality performances, and high songwriting quality make this an enormously productive solo single debut for Sutherland and one you might suspect may inspire him to pursue further recordings under his own name. There is something about this that suggests the birth of a voice all his own. It is a voice separate from but equal with his band Midnight Shine.

You hear it from the first line. Passions motivated Sutherland to write and perform this track and those passions manifest themselves in every line he sings. He doesn’t take lines off to “save his voice” for some big moments in the chorus or bridge. Sutherland, instead, hangs with each line from the beginning and there’s a clear method to his approach attentive listeners will notice from the outset. He maintains a restrained and modulated style over the bulk of the song but selects a handful of moments to bear down on the lyrics with particular emphasis. Those dramatic peaks add a lot to the performance without ever going overboard.

A basic musical set up dominates the track but Sutherland’s aforementioned harmonica sweetens the song’s flavor for listeners. There’s no question it owes a great deal to traditional “folk” songs of its type, but it eschews broadside qualities in favor of a more subtle approach. The songwriting’s tendency to address social concerns in a generalized way rather than specific ensures the track has some life beyond headlines; anyone living in any country and feeling dissatisfied with their government can relate to this track now and for time immemorial.

Justin Stephenson has assembled and directed a first class video complementing the song’s strengths. There are a number of arty shots incorporated into the clip, but there’s never any sense of pretentiousness bogging the track down. The video is more directly topical than any of the lyrics are and draws connections that the songwriting refrains from; this creates an unique relationship between the song and its clip with each reinforcing the other. Stephenson’s use of maps and color are quite eye-catching.

Adrian Sutherland’s experiences as a native Canadian and the legacy of tense relations between the nation’s indigenous people and the country’s Federal government color the song, but you can get much out of this track even if you aren’t Canadian or can’t trace your heritage back to the region’s First Tribes. Songs so well rounded are rarer these days than ever before but “Politician Man” is an ever timely reminder about the important statements music can make. They can speak to basic human concerns while addressing a moment in time and the right artists understand how to give them enduring relevance.