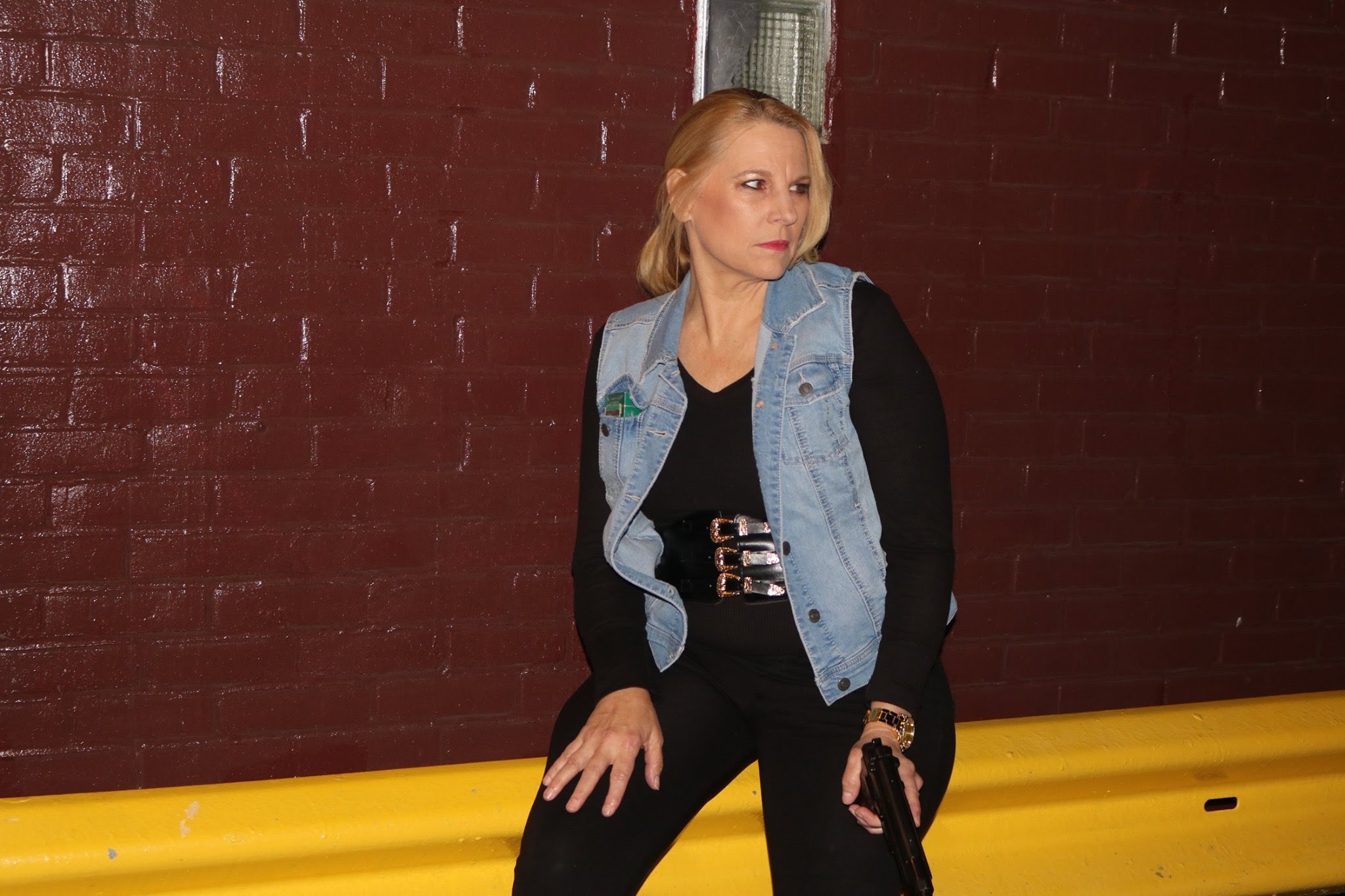 Three For the Road is a drama film directed by actor-director-writer, David Patrick Wilson. The story is about three women who meet in yoga class, only to join each other discover a spiritual journey. Wilson also stars in the film and is best known for his roles as Harry Barnes in The Bronx Zoo TV series and as Kenny Hopkins in the 1983 cult hit, Eddie and the Cruisers.

Collins was born in St. Louis, Missouri, but grew up in Tuscaloosa, Alabama. She garnered a Master of Music degree from Northern Illinois University, located in DeKalb, Illinois.

Much of Collins professional acting career has a varied flavor. She’s starred in such diverse offerings as Redrum, Dating on Mars, Stalked: Someone’s Watching, Celebrity Ghost Stories (she’s portrays Cherie Currie’s mom in the episode), True Crime with Aphrodite Jones and more.  She also is a professional musician (principal horn) with a prolific resume that includes performing in the Winnipeg Symphony, Naples Philharmonic and Huntsville Symphony Orchestra. Additionally, she performed in the orchestra on such plays as Showboat with Robert Morse and Elaine Stritch, and the Toronto staging of The Phantom of The Opera.

Hell’s Kitchen Film Festival is the brainchild of actor, writer and director John Hoyt. Hoyt’s professional resume includes The Basketball Diaries (1995), Bullets Over Broadway (1994) and Carlito’s Way (1993). Hoyt’s first professional acting gig was in the Robert DeNiro-starring, A Bronx Tale (1993). Each year Hoyt honors his mentor and friend – the festival’s lifetime achievement award is named after late actor Victor Argo, who passed away in April 2004. Character actor, Argo, starred in an impressive number of television and film roles in his over 50-year career. That list included The Waltons (1973), the Martin Scorsese-directed films, Mean Streets (1973) and  The Last Temptation of Christ (1988), Kojak (1973-74), Ghost Dog: The Way of the Samurai with Forest Whitaker (1999) and much, much more.

Tony Darrow will receive the2020 Victor Argo Award. He will be recognized for extensive film and television acting career, that includes Bullets Over Broadway, Mighty Aphrodite, Sweet and Lowdown, Analyze This, The Sopranos and Law & Order. Actor and singer, Louis Vanaria will close out the evening with a song. Vanaria has been featured in such critically-acclaimed films as The Irishman, Wolf of Wall Street and HBO’s Boardwalk Empire and The Deuce.