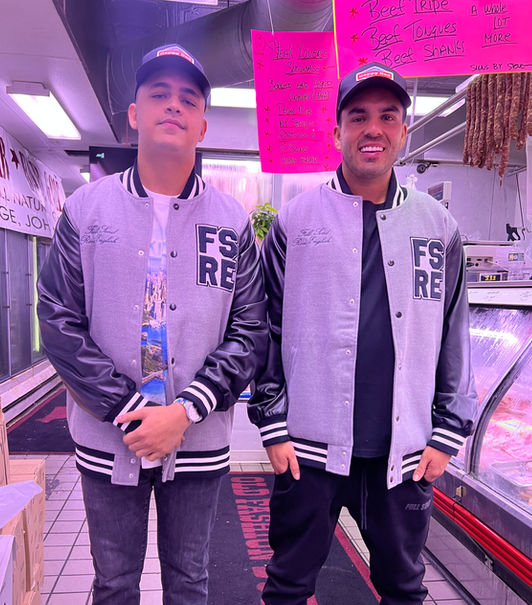 A-DOT Media, The NELK Boys, and Fullsend: An Expert Combination

The way I see A-DOT Media, a premiere modern art and creative collaboration agency’s relationship with The NELK Boys and Ron English’s new Fullsend line, is something that smacks of both old-school loyalties, and decidedly postmodernist, unorthodox corporate and commercial vitalization techniques. A-DOT Media, the creation of artists and businessmen Damir A. Romano and Mark A. Wagner, utilizes the kind of cold, commercialization techniques that any particular agency mandates for optimal performance.

Yet all while doing so, they nurture a different kind of teamwork, ironically the kind most agencies would view at best as nostalgic masters of influential countercultural movements, and at worst as commercially irrelevant dinosaurs doomed to a future of keeping the kids moving into Brooklyn, Long Island City, and Newark entertained. Yet through the intricate designs of the professional and creative relationship A-DOT Media employs, everything cancels out and results in a surprisingly fluid operation feeling as relevant to the current, artistic nostalgia as it does celebratory of true masters of the time influencing said nostalgia. One of the most pertinent is their relationship with the NELK Boys, and by way of NELK a rapport with established artist Ron English.

English’s singular design for NELK, specifically the line and characterization of Fullsend, calls to mind skater and grunge culture from the nineties and late eighties. It emanates the angst of Kurt Cobain, and the tortured street artistry of the likes of Basquiat. There’s never a sense English isn’t focusing on something when it comes to his characters – strange, misshapen, and almost Del Toro-esque figures that are at once hilarious and tragic in equal measure. His current incarnation, Fullsend, is no exception. The character almost calls to mind the ominous picture of Judge Death in the Dredd comic strips. “I first started getting involved in doing street art towards the end of the 1970s, while still a teenager.

For a while I was Randal Hart (sounds like ‘vandal art’, the two words I used to sum up my art.) One day I got a call from a journalist in search of Randal Hart and I told her Randal had died the previous week. I’m not sure why I told her that, I was probably startled she found my number. I didn’t use Randal Hart after that. I didn’t want to be disrespectful of the dead,” English stated, in an interview with Acclaim Magazine. “…It seems like street art started getting popular about ten years ago, probably in response to the original street art of the 80s.

At first, the second generation street art wasn’t really an art world movement but more of a populist uprising. Since it sprang up outside the cyclical art world it seems to be more deeply embedded than say Neo Geo or Neo Expressionism. Its relationship to society seems to have more in common with sports: something a person grows up participating in and later leaves the activity to the professionals while remaining a fan.”