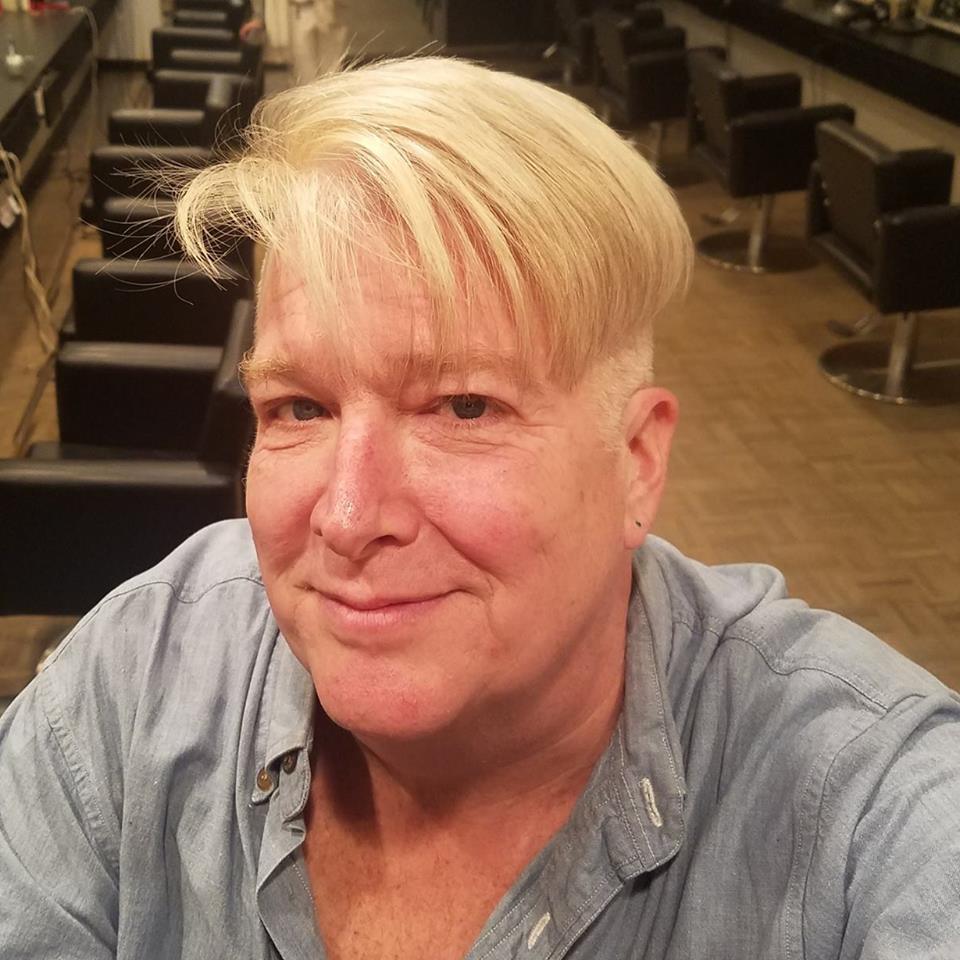 If you’re around (a normal) Pride Month in New York City, you’ve probably seen a performance by vocalist, actor, activist, and film star Tym Moss, who has come to be known as the face of Pride in the Big Apple.  Tym’s nonpareil resume includes singing the national anthem for the Staten Island Yankees, a stunning coast-to-coast cabaret show, and touring the country as part of comedian Ike Avelli’s hilariously ribald 50 Shades Of Gay variety show.  Today, Tym is still hard at work, undeterred by the COVID-19 shutdown or the recent social unrest with which we’ve contended.  Even in a year without traditional Pride celebrations, Tym is moving forward.

“I’m really getting tired of performing from my living room!!!,”Tym tells The Hollywood Digest, and during the lockdown, the UBC-TV personality kept busy doing all kinds of virtual appearances.  “For the past several weeks, I am a regular guest on In Bed With Ike Avelli.  It’s an online variety show every Sat night.  I have so much fun,” Tym recollects. “On Friday nights, I’ve been a co commentator with Comedian Christy Miller on her live feed during Rupaul’s Drag Race and All Stars.  That is also a great time.  You never know what nasty things will come out of our mouths.”  As online entertainment becomes the coin of the realm in our new reality, Tym has found a new way to connect with audiences near and far.  “I was grateful to be included in a Telethon-style online presentation called Get Out Magazine Presents Get In, which was a benefit for the Ali Forney Center for LGBT youth affected by the coronavirus.   I was honored to be in the line-up with Dionne Warwick, Cece Peniston, Thelma Houston, Kristine W and many others.  There will be an extended version at the end of June!”

In a Pride Month unlike any other, Tym notes, creativity still finds a way.  “This year is an unusual one.  Unprecedented.  But I love how creative our communities have been through this pandemic. Us entertainers are still entertaining online,” Tym rhapsodizes.  “NYC Pride has officially been cancelled (as have Brooklyn, Queens, Bronx, all Prides across the country).  So, most of the prides and many other organizations are creating online Pride events.  This year pretty much anyone that approaches me asking me to submit a video for a pride event they are organizing, gets a video from me.  We still need to celebrate our Pride, but it’s just going to be in a different way.  We will see as the month of June continues to open up, if there are any live shows anywhere.  I would be happy to perform in those as well.  We will continue to adapt to the situation.”

That adaptability is nowhere more apparent than in an upcoming special streaming of JUNK–The Musical beginning on June 14, in which Tym stars alongside Robbie Wayne.  It will appear here, and later this year, the Michael Penny film will also air on UBC TV.  “JUNK was the most incredible artistic and creative project I have worked on so far in my life,” says Tym.  “JUNK is a full-length feature film, it’s a musical, it’s LGBT and only 2 people in the cast, my costar Robbie Wayne and me. It was brilliantly written, produced, composed, directed, edited and pretty much everything else by the remarkable Michael Penny from North Carolina.  We are planning an American Movie Night on UBC TV, where we will be showing JUNK.  It will be one night only and people from across the country can tune in and watch it together.  Then there will be a live Question and Answer period after the movie so people can ask the cast and crew some questions.”

This year is the half-century anniversary of the very first NYC Pride March in 1970.  It’s a very sober milestone, but, Tym points out, a very important one.  “It’s so sad that on the 50th Anniversary of the Original NYC Pride March we will not be able to actually march, due to the pandemic!  It is an amazing milestone in the evolution of the LGBT movement,” Tym muses.  “It’s so hard to explain, especially to the younger LGBT in our community, what the march symbolizes.  And what the first one meant.   Homosexuality was illegal!  We could NOT hold hands in public.  We could NOT even insinuate we were attracted to the same sex.  And we most certainly could NOT get married!” The original Pride March went up Sixth Avenue, from the Village to Central Park, and solidified the nascent LGBTQ rights movement begun only the year before at the Stonewall Rebellion. “It was the first time we came out publicly as a community, joined together and visibly announced that we were here!!  We were not going to be invisible anymore,” Tym declares.  “There were no floats, no banks sponsoring us.  Just a community that was tired of living in the shadows.   Our community was mobilizing.  Speaking out in public!  That was huge!  That was courage!  That was leadership!  That was activism!”  Although Tym is disappointed that traditional Prides won’t happen this year, he “hopes that we will not forget all the sacrifices, struggles and courage it took to start this incredible annual event.  It is a true milestone in the evolution of our community.”

You can find Tym on social media by searching for “Tym Moss”, or by visiting his website.