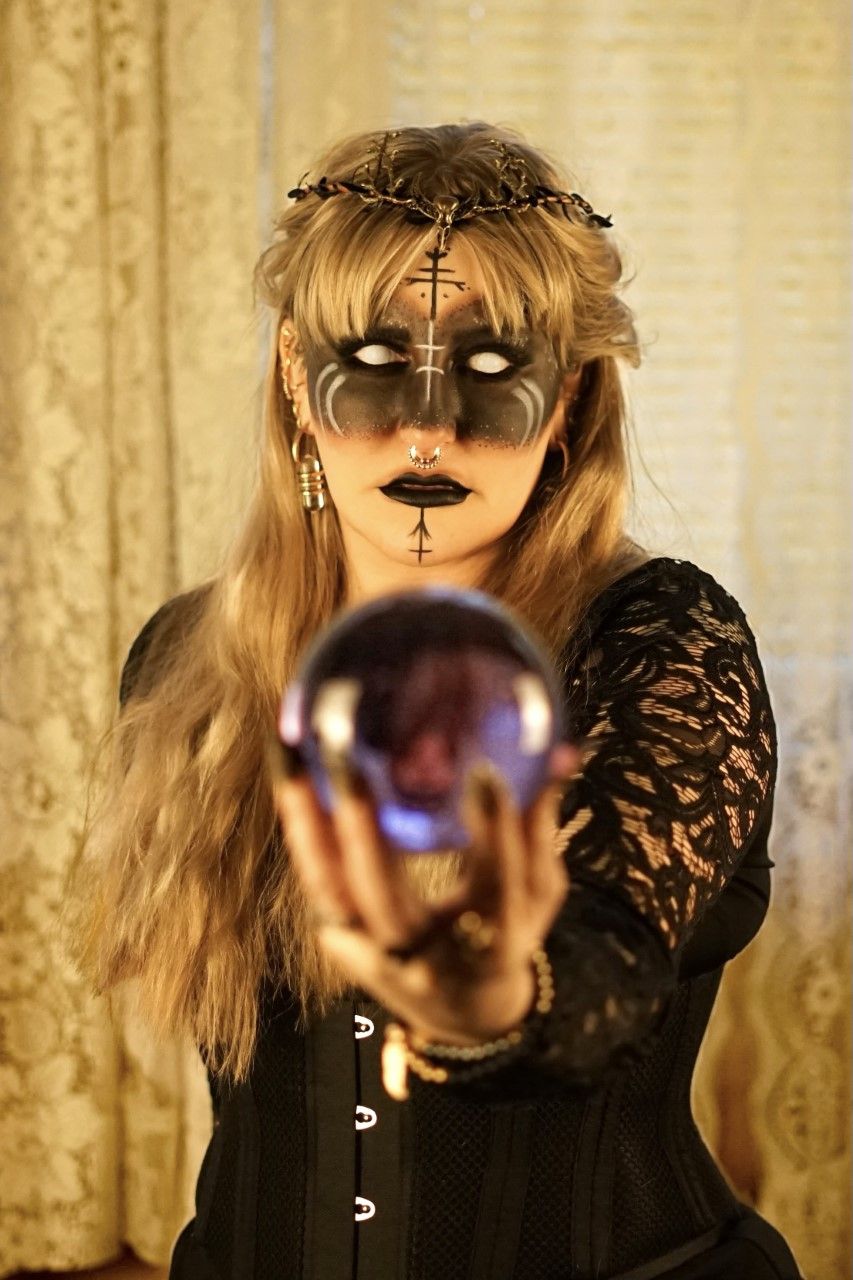 Iva, like many, seeks catharsis through art. Her music, lyrics, and performance open avenues for her where she can vent these fears in a safe and healthy fashion. Her new single “Time to Die” is the second from Toric’s pending album release Dead Reckoning, slated for a Fall 2022 release, and falls squarely within the aforementioned camp. There’s ambition fueling this release, as well, as Toric hopes for nothing less than shaking up a staid doom metal scene. Her fierce commitment and creativity may accomplish it.

The video for the song will be every bit as powerful as the music for some. It has visual intensity from the outset and the darkness of the composition doesn’t impede your viewing experience. The imagery builds around the song’s lyrics and music in clear ways rather than straining disbelief and even casual fans of the song will come away from the video with a likely larger interest in Toric’s work. It does obey many music video conventions, but they are presented in such a five star way that you can’t help but be taken with the work.

She’s ably supported by a powerful band. The rhythm section of drummer Dylan Howard and bassist Greg Cash stand out as they are asked to contend with a lot over the course of “Time to Die” and meet the song’s challenge with unblinking skill. Purists of the style may want to argue a little about if “Time to Die” is really doom metal, some will say it’s closer to symphonic metal acts like Nightwish or perhaps Evanescence, but labels are ultimately unimportant. The rhythm section supplies a powerful bottom end, regardless of what you call the music, and negotiates several tricky shifts in tempo.

Cash pulls double-duty with pyrotechnic guitar work that thankfully never descends to the level of mindless wanking. There’s always a strong sense of his playing serving the song. Toric provides keyboards, as well, but they serve a secondary role rather than the out-front contributions of the bass, drums, and guitar. “Time to Die” boasts juggernaut riffing throughout the song and sparks with considerable energy despite the track’s mid-tempo pace. It is a convincing performance and never strikes a false note.

Producer Jim Kaufman plays an integral role in the song’s success. He supplies powerhouse aural values that accentuate the song’s strengths and there are no concessions to brick-walling the sound that hampers many modern metal releases. The instruments are notably heavy but surrounded with warmth and well-balanced. She isn’t breaking new ground in terms of the music or subject matter; Toric’s triumphs lie elsewhere.

She will make waves thanks to the incandescent and personal passion she brings to her art. This isn’t a purely imaginative exercise for her as it might be for many performers. Iva Toric, instead, bears her heart throughout “Time to Die”. We ask, in the end, for little more from our artists than that, but Toric and her band push her new single far surpass that measuring stick and, instead, provide listeners with music that’s fiery and indelible.