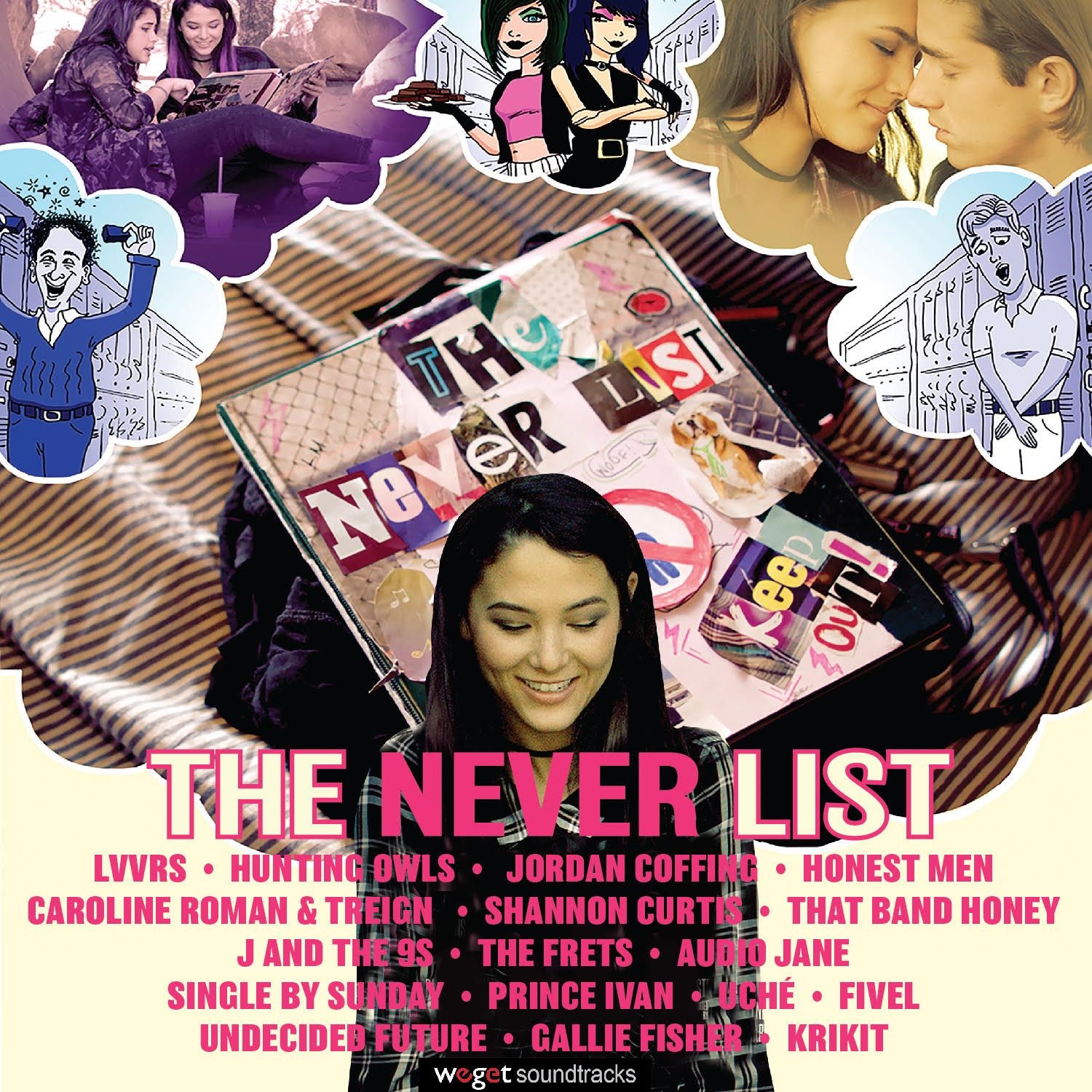 So here’s something I don’t think enough people think about: making a soundtrack is very very VERY hard. There’s a lot of conflation I feel between making a soundtrack and making a playlist, and while we could split hairs about what makes them different, for the sake of today’s album, the soundtrack to the film The Never List (Various Artists) let’s look at what makes a good soundtrack. Full disclosure, I haven’t seen the film, a screener wasn’t provided and I wasn’t able to get a copy in time so there won’t be any major plot spoilers outside of what you can find in the trailer or the description provided for me.

The first thing that should be taken into consideration with a soundtrack is what is its narrative purpose? Is it diegetic (characters acknowledge and hear it in the film) or non-diegetic (music meant for us an audience to hear)? If the film is subjective and we’re witnessing it from the POV of a certain character, is this their personal playlist telling this story? Can the soundtrack be enjoyed beyond the film itself? Does the soundtrack reinforce the themes of the film, but also work united as an aesthetic and an extension of the ideas of the film?

Without seeing the film, based solely on the soundtrack, I’m inclined to believe that yes, the soundtrack works both on its own and I want to presume in the context of the film. It should be mentioned that this soundtrack comes in at a whopping 17 tracks, so there’s a lot of artists on display from LVVRS, Hunting Owls, Caroline Roman, That Band Honey, The Frets (just to name a few) and it even carries a section of the films score done by Jordan Coffing. Very quickly, I just wanna highlight that the track “Eva’s Journey (Themes from The Never List)” is fantastic and that Coffing is an impressive composer who manages to turn what could just be considered scene filler music when there’s no soundtrack and turn it into something I want to listen to as a stand-alone mood piece, seriously it’s great stuff.

The Never List film follows Eva who after dealing with the loss of her childhood and high school best friend Liz decides to live life to the fullest and cross off multiple dares and challenges the pair had written about in their titular “Never List”. The musical through-line of the album is very heavy on love, life, and sadness. The front half of the album being filled with a barrage of indie-pop filled with upbeat tones and youthful energy, that when things switch towards the back half of the album to a more somber, grounded, and mature sound it feels definitely earned. It’s well-paced and genuinely feels like a journey for Eva and by extension the listener filling their shoes. The final track “I’m Not Sold (ft. Krikit) is a poignant moving sendoff acting as the curtain call for this coming of age tale and is one of the album’s highlights. While some might be put off by the extended runtime, it’s an immaculately crafted soundtrack filled with auditory nostalgia and heart.