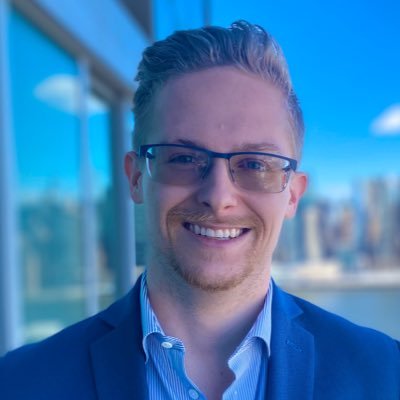 100 Skills of the Successful Sales Professional by Alex Dripchak

Sales expert and entrepreneur Alex Dripchak’s new book is a prime example of there being hope for the future. Specifically a millennial-focused future. Bucking the stereotypical trends of the millennial being ‘unreasonable’ ‘naive’ or the dreaded christening of ‘snowflake’, Dripchak embodies the best qualities of his generative norms while being appropriately deferential and referential to certain tactical approaches and methodologies established before him. It’s this mixture of the pragmatic brashness of youth, coupled with the implementation of observed, timeless tendencies and solutions for successful networking that makes him an ideal guide not just for the burgeoning young professional themselves, but for the widest possible audience to boot.

His writing conveys heady concepts in sparing, unsentimental, and purposefully simplistic word choice – the latter effective and complimentary to Dripchak’s apparent, overall philosophy. In essence, know your limits but never forgo individuality and observational tendency in case-by-case scenarios. The process by which one goes about this is broken down into a select group of chapters Dripchak approaches much like a college grad student. In spite of the writing, he is vigorous and almost descriptive to a fault when it comes to the specific point-by-point breakdowns of everything from one’s behavioral dispositions to one’s literary prowess when soliciting potential collaborators and relevant third parties.

“One of the biggest misconceptions I come across is that so many people think sales is solely about persuasion; like you’re some kind of sorcerer or hypnotist altering people’s states to get them to buy from you,” writes Dripchak. Later he adds, “Lending you some counterintuitive thinking: once someone is interested, avoid following up. Sounds crazy right? Well, it isn’t as crazy as the news headline sounds; let me expand. Avoid following up about that project too quickly. They didn’t forget about your project and definitely don’t need a babysitter.” He’s blunt, he’s unapologetic, and he gets to the point. This is added to by the implementation of elaborate schematas, diagrams, and even witty cartoons. All of this, once again, is expertly introduced to reinforce what Dripchak clearly thinks is the obvious. Fundamentally moving through the world of sales and arguably professional solicitation is a simple process, it’s the pieces set in motion requiring a careful and informed amount of deliberation. Dripchak’s ability to focus on the latter categories in the way that he does makes everything feel like it literarily comes full-circle.

It’s a nice change from the typical leadership advice guide approach, which whether intentional or not often promotes a certain amount of intellectual exclusivity. But you could be a seasoned business professional, an up-and-comer, or simply a gentleman on the street and still comprehend everything within the pages of the aptly titled 100 Skills of the Successful Sales Professional: Your Guidebook to Establishing & Elevating your Career. All in all a nice change in pace, and clearly structured.